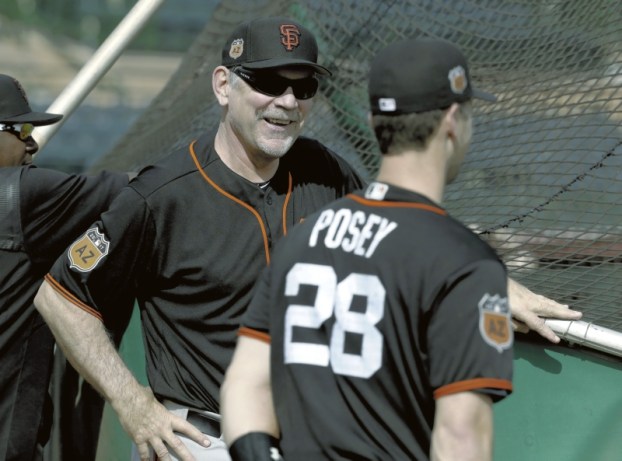 LAKELAND, Fla. (AP) — Even for an accomplished veteran like Justin Verlander, the start of spring training can be special.

“I usually sleep pretty well. I woke up early today,” the Detroit ace said Tuesday. “On one hand, you want to appreciate everything as much as you can. It’s not such a whirlwind anymore — you kind of know what to expect. But in the same aspect, every day is pretty much the same thing I’ve done for 12 years, so it also starts going faster.”

Verlander’s Tigers were among 15 teams with their first scheduled workouts for pitchers and catchers Tuesday. As major leaguers took the field in Florida and Arizona, that familiar sound of balls popping into mitts served as a reminder that in baseball at least, winter is finally over.

While Verlander and the Tigers went through their routine at their newly renovated facility in Lakeland, the Boston Red Sox were about 115 miles to the south, holding their first workout of the post-Papi era. It’s Boston’s first season without David Ortiz since the Red Sox signed him in January 2003, but Big Papi’s retirement may not be too big a blow to a team that added star left-hander Chris Sale.

Over in Arizona, the Cleveland Indians began preparing to defend their American League title. Cleveland won the AL Central comfortably last year and made it to the World Series before losing to the Chicago Cubs in seven games.

“This time of year, everyone is at glass half-full,” Indians manager Terry Francona said. “We have good reason to be.”

Hopes are always high at the start of spring training, but occasionally there’s some injury news on the first day. Baltimore manager Buck Showalter said right-hander Chris Tillman had a platelet-rich plasma injection on his right shoulder and won’t start the season until April 7 at the earliest.

The Kansas City Royals said left-hander Brian Flynn broke a rib and had three minor vertebrae fractures in a bizarre offseason injury. Flynn is expected to miss two months after falling through a barn roof at his Oklahoma residence.

“I got to know him as best as an owner and player can know each other,” said Detroit catcher Alex Avila, whose father Al is the team’s general manager. “He was always a very gracious and generous person — very nice to myself, my family. … Very loyal. I know as a family, we always felt we had to kind of reciprocate that loyalty because he’s a tremendous man. They’re a great family.”

The Arizona Diamondbacks have also found themselves dealing with some sobering news. Their bench coach, former Minnesota Twins manager Ron Gardenhire, has prostate cancer and is set to have surgery. He said doctors believe they caught the cancer early.

The Diamondbacks went 69-93 last year and are one of a few National League teams that started workouts Tuesday amid tepid expectations. The Phillies, Reds and Rockies also finished well out of the postseason picture in 2016, but that doesn’t mean they can’t set goals for themselves.

Philadelphia manager Pete Mackanin said he wants his team to play .500 baseball deeper into the season after the Phillies lost 91 games last year.

For the first time since 2009, the Giants are entering an odd-numbered season without a World Series title to defend. After winning it all in 2010, 2012 and 2014, San Francisco made the playoffs last year as a wild card but lost in the Division Series to the Cubs.

The Giants look like contenders again in 2017, and manager Bruce Bochy had plenty of reasons to be upbeat Tuesday when his pitchers and catchers took the field.

“It’s a day you look forward to, getting a chance to see everybody and hear the sound of the bat, watch these guys work out again,” Bochy said. “So it’s a good day.”

Decisions for all six starting pitchers were announced simultaneously. Teams and players have split 12 cases this winter and the sides are on track for 15 hearings, the most since teams won 10 of 16 decisions in 1994.

Odorizzi was given a raise from $520,700 to $4.1 million by arbitrators Edna Francis, Margaret Brogan and James Oldham rather than the $3,825,000 figure submitted by the Rays.

McHugh received a hike from $529,000 to $3.85 million from Sylvia Skratek, Elizabeth Neumeier and Andrew Strongin instead of Houston’s $3.35 million offer.

by Howard Edelman, Mark Burstein and Neumeier rather than his $2.85 million request.

A right-hander who turns 27 next month, Odorizzi was 10-6 with a 3.69 ERA last year, his third full season with the Rays.

A 25-year-old right-hander, Stroman was 9-10 with a 4.37 ERA last year in his first full season following a torn left anterior cruciate ligament.

St. Louis had not gone to a hearing since beating pitcher Darren Oliver in 1999. A 29-year-old right-hander obtained from Arizona in January 2016, Anderson was 9-11 with a 4.39 ERA last year in 30 starts and one relief appearance. His ERA dropped from 5.44 in the first half of the season to 3.02 in the second half.

A 24-year-old right-hander, Walker was acquired by Arizona from Seattle in November as part of a trade that sent speedy infielder Jean Segura to the Mariners. Walker was 8-11 with a 4.22 ERA last year in 25 starts.

From staff reports North Rowan’s girls basketball team finished its season with a 47-45 loss to Thomasville in the first... read more