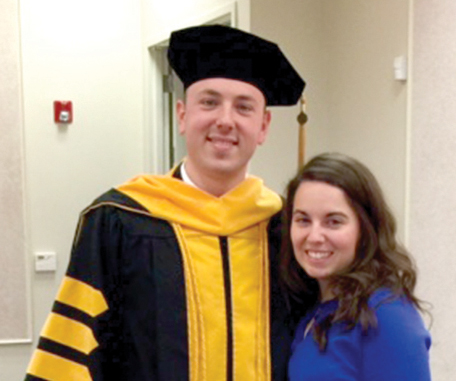 In addition to being a Dean’s list student, Will was awarded the North Carolina Physical Therapy Association Outstanding Student of the Year and honored with the first Dean’s and Director’s Award for Leadership for his service to Wingate and the APTA at the state and national levels.

After completing his residency in Orthopedics, Will plans to join the US Navy Reserves. He has accepted a position with The Greg Ott Center for Physical Therapy and Sports Medicine in Charlotte. A 2009 honor graduate from East Rowan High School, Dr. Stokes earned a Bachelor of Science in Biology from Wingate in 2013 where he swam four years on the Men’s Division II Swim Team.