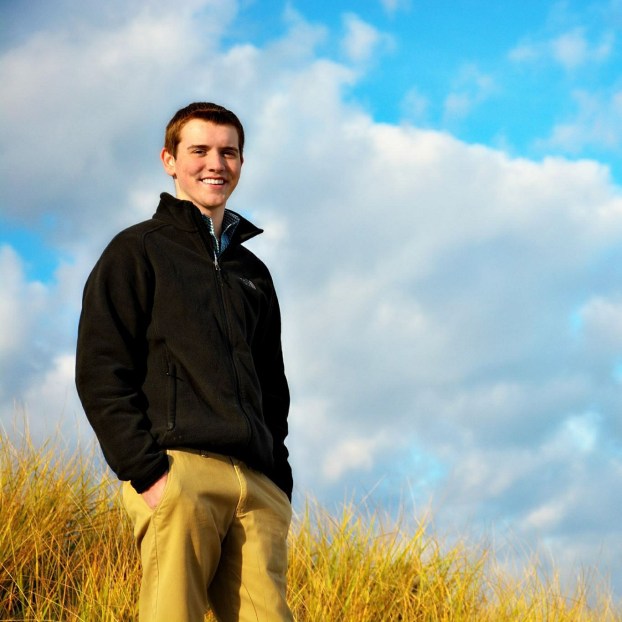 SALISBURY — When Catawba College sophomore Dustin Chapman of Whiteville auditioned for “America’s Got Talent” (AGT) on Feb. 1, he was channeling the late Keith Whitley, singing a medley of Whitley songs to get the attention of the judges.

Chapman was invited to the AGT auditions by one of its producers, who saw him performing a Keith Whitley medley Chapman had arranged in a video posted on his Facebook page. His page, shared by Country Music Nation’s site, was viewed by the AGT producer who contacted him and offered him a front of the line pass to auditions next week in Charleston, S.C.

Interviewed before the session, Chapman was at ease.

“I’m not nervous like I thought I would be,” he said,  “or like I was when I auditioned for ‘American Idol.’ (‘America’s Got Talent’) contacted me and wanted me to go, so I feel good about it. Even if they don’t pick me, it’s the experience and the connections.”

Chapman said the producers told him what they wanted him to sing — the Keith Whitley medley. So he practiced playing and singing that.

Chapman auditioned for “American Idol” while he was in high school. He made it to the fourth round of the competition. He was a North Carolina state finalist in the Nash Next competition in 2016, but, he said, “Someone else was the winner and advanced to the final competition.”

However, through these experiences, he said, “I learned how to really market myself, pitch my name to other people, and use their likes to help me progress.”

Being social-media savvy in today’s music industry, he said, is a must.

“Social media is a big part of it. Many artists have gotten signed by just posting their music on social media, so I’m really trying to use it to promote my music.”

“I have a big following in my hometown of Whiteville. When I’m home, I can’t go anywhere without people asking me if I’m still doing my music and where I’m going. They’re big on helping me promote my music. They all tell me that once I start doing concerts that they all will get front row seats, and I think to myself ‘that it better be a big front row.’ ”

When asked why country music is his genre of choice, he explains: “It’s what I grew up with. My parents and grandparents were big country music fans. It’s a family tradition, and it has made me develop a love for it.”

When asked why he’ll perform music of Keith Whitley at his audition, he says, “I sat down and listened to his songs and I was really blown away.”

And for Chapman, he got that same feeling from listening to the music of Chris Young. “Our voices are similar, I suppose. I listen to his songs and I think ‘Man he’s so good.’ ”

Although he works to emulate the songs of famous country music artists, Chapman is also laboring to create songs that are all his own. He began songwriting when he came to Catawba, and to date he has authored or co-authored 12 songs. He admits his songwriting deviates from using the standard subject matter of many country music songs — “beer, trucks and girls.”

“I pull from old and new generations and use ideas from both to create a happy medium. I wrote a song, ‘Is That Human,’ about poverty in today’s society and how it’s still a big social issue. One of its lines is ‘How can we say that we’re one for all when we don’t stand tall and united as one?’

“A lot of my songs deal with relationships, but one of my friends, sophomore Mia Schuster, and I wrote a song called, ‘Through the Storm’ and it’s basically about God helping you through the rough times in life. ‘Through the storm You saved me…’ — that’s the end of the chorus for that one.”

When he is not working on promoting his music career, he is taking his academics very seriously as he pursues a double major in popular music and music business, and a minor in worship arts. He is covering all of the bases to make sure he’ll enjoy a career in music no matter which way he goes.

“I’ve made the dean’s list every semester since I’ve been here. I’ve only made one A-, and that has kept me from having a 4.0.”

Those who know Chapman well realize that the path he has traveled to arrive at this positive place has been fraught with setbacks. During his senior year of high school, he battled achalasia, a disease that affects just one in a 100,000 people. It temporarily stole his voice, caused him to lose 50 pounds, and required him to have a feeding tube. Today, while he still struggles with many aspects of the disease, he chooses not to let it hinder his music endeavors.

“That’s what I tell my mom, ‘I’ve gotten past that and I don’t want to be known as the kid who was sick and use that to progress my career.’ ”

At the same time, Chapman hopes to use his news-making opportunities, like the upcoming “America’s Got Talent” audition, to promote awareness of achalasia and possibly help those who suffer with it.

He is part of a Facebook group composed of people who have suffered from this disease, many of whom, like him, went through multiple misdiagnoses because achalasia cases are so rare.

As he wraps up the conversation about his Feb. 1 audition, he flashes a characteristic grin and says that he wants people to know “just how grateful I am for the support and opportunities that I’ve been blessed with.”