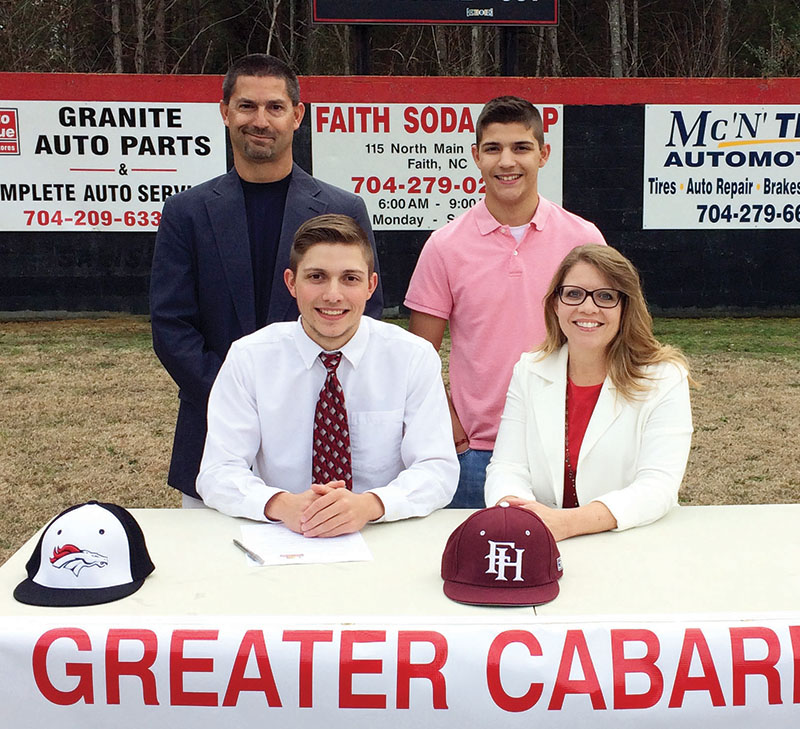 Lankford, a homeschooler from the Greater Cabarrus Stallions program, surprised many people by winning Rowan County’s shortstop job last summer. He proved himself a reliable defender and a tough out at the plate for a team that just kept going and going past even the most optimistic expectations. Rowan won state and regional titles before losing in extra innings to Texarkana, Ark., in a game played in Shelby to decide the national championship.

“Dalton came in, worked hard and just took over the shortstop job,” Rowan County coach Jim Gantt said. “He’s quiet, but he understands everything that’s going on out there, and he did a good job as the quarterback of our defense. If you don’t have a steady shortstop, you’re not going to do what that team did.”

Lankford still has one more season playing for his father (Chris) with the Stallions. The Stallions will start on Feb. 11, much earlier than the public schools. Lankford also is looking forward to another summer with the Rowan County Legion team.

Lankford (5-foot-8, 145 pounds) has signed to play at Freed-Hardeman University and will head there in the fall. The 1,500 or so undergraduate students who attend the school in Henderson, Tenn. — that’s in western Tennessee — call it FHU.

The FHU Lions don’t play football, but they have a strong NAIA baseball program. They make the NAIA playoffs annually. They’re ranked 24th nationally in the preseason poll for 2017.

“I actually saw the school for the first time four years ago when I went there for a leadership camp,” Lankford said. “Then last summer, during the Legion season, I went down to Arkansas for a baseball camp, and Freed-Hardeman was one of the schools that was recommended to me. The Freed-Hardeman coaches saw me play on TV in the World Series. I was invited to come to the school for a workout, and that’s when they offered me.”

Lankford made a verbal commitment to FHU shortly after the World Series. He loves shortstop, but his first opportunities to play in college in 2018 might come at second base. The Lions have a freshman at shortstop and a senior at second base.

“Dalton comes from a great family and has played at a high level with his summer team,” FHU coach Jonathan Estes said. “He is a gritty player who takes great pride in playing the game hard. His offensive approach fits well with what we are trying to do here.”

Freed-Hardeman isn’t for everyone. Faith is the cornerstone of the school. There are daily chapel services. All students are required to take at least one Bible course each semester. There are no fraternities. It’s a serious academic environment, without the standard college horseplay.

Heading into his final season, Lankford has batted .330  in his career with the Stallions with 62 RBIs and 92 runs scored.

With the Legion team last summer, he batted .293 with nine doubles. He got on base frequently and usually batted second in the lineup. He scored 51 runs, fourth on the team.

“Dalton really got hot for a while,” Gantt said. “After he came back from Arkansas he cooled off some, but then he got it going again and helped us make that late run.”

Rowan started the season 10-7 but finished 41-13. That surge included five straight wins in the state tournament at Wingate, five consecutive wins in the Southeast Regional in Asheboro, and, finally, three victories in the World Series.

“It was pretty crazy,” Lankford said. “If you’d told me in June we’d be playing in the World Series, I wouldn’t have believed it myself. But we came together and we had a great team. I’ll never forget it.”

Lankford plans to major in business with a minor in sports management.