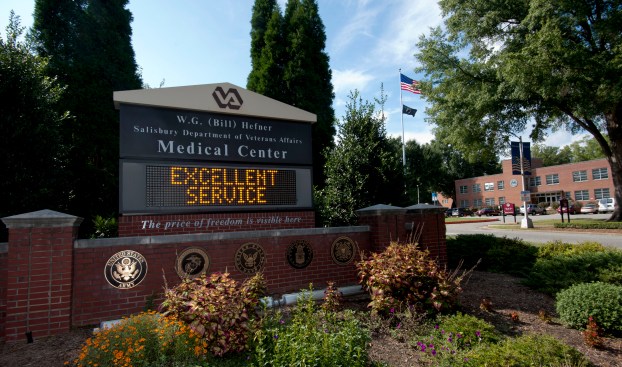 SALISBURY — One of Rowan County’s largest employers remains under a hiring freeze, but a Friday announcement about several exemptions will reduce the negative effects of the decision.

Days after his inauguration, President Donald Trump ordered a hiring freeze for federal government agencies. It included exemptions for national security, public safety and the military. Not one of the presidential exemptions, positions within Department of Veterans Affairs, plagued by wait-time scandals, were included in the hiring freeze.

As part of the department, the Salisbury VA Medical Center — the third-largest employer in Rowan County — sat on the list of facilities within the ban. A Friday announcement by the acting VA Secretary Robert Snyder changes things significantly for the local facility and others across the country.

“The Department of Veterans Affairs intends to exempt anyone it deems necessary for public health and safety, including frontline caregivers,” Snyder said in a news release. “The President and VA remain committed to seeing that our Veterans receive the quality care and benefits they’ve earned. This is the right thing to do for our Veterans.”

In his announcement, Snyder exempted nearly 100 positions across the Department of Veterans affairs. Exempted positions included jobs in the Veterans Health Administration, the National Cemetery Administration and construction. A news release from the VA said the department believes Snyder’s announced exemptions fall in line with Trump’s intent.

Snyder said his exemptions “should be interpreted in a way that does not disrupt ongoing health profession training programs and residencies within the VA.”

Salisbury VA staff said they were unable to grant an interview request with Kaye Green, who oversees the entire Salisbury VA system, to talk about the hiring freeze. Instead, questions were forwarded VA’s Office of Media Relations in Washington, D.C., which said Snyder’s memo was the only information that could be released.

However, an examination of the Salisbury VA’s job postings shows nearly all jobs open to the general public and half of all open jobs will be exempt from the hiring freeze.

Local positions posted posted on usajobs.gov, the federal government’s job board, range from motor vehicle operator to neurologist. There are eight positions open to the public and 16 total positions. Those not open to the general public allow applications from people who are current or former civilian employees, veterans and others who fall into specified categories.

Neurologist is only position open to the general public and not explicitly listed on Snyder’s exemptions.

Including jobs open to federal government employees and other who meet specific conditions, eight total positions are not explicitly listed in exemptions. Those positions include: supervisory supply technician, information technology specialist and maintenance mechanic.

Rowan Works Economic Development, which keeps track of the largest employers in the county, estimated the W.G. “Bill” Hefner VA Medical Center employed 2,100 people in 2014 — the latest year available. Since then, Daimler Trucks North America, which had been No. 3, laid off hundreds of workers at its Cleveland plant.

By Rebecca Rider rebecca.rider@salisburypost.com SALISBURY — It won’t be long until animals adopted from the Rowan County Animal Shelter will... read more