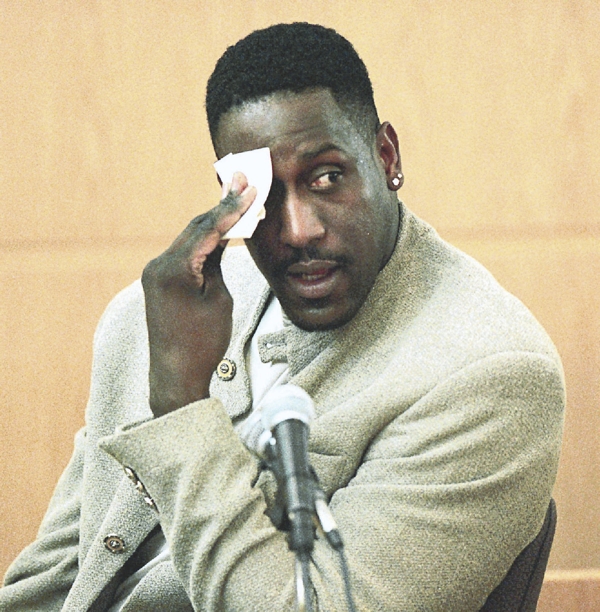 KINSTON (AP) — Charles Shackleford, a North Carolina State basketball star in the 1980s who spent six seasons in the NBA, was found dead in his home Friday. He was 50.

The cause of death hasn’t been determined and an investigation is underway, spokesman Woody Spencer of the Kinston Police Department told The Associated Press. He did not say what circumstances led authorities to the home.

The 6-foot-10 Shackleford averaged 13.7 points and 7.8 rebounds in three seasons at N.C. State. He earned first-team all-Atlantic Coast Conference honors in 1988 after leading the league in rebounding at 9.6 per game that season.

Shackleford had his share of troubles away from the court. He came under investigation when he was accused of point shaving following an ABC News report that alleged that a New Jersey businessman paid him and three teammates to shave points in as many as four games during the 1987-88 season.

“I never shaved points at North Carolina State,” Shackleford said in 1990. “I did take money from an agent. I was young and poor. I was offered money and I took it. I borrowed the money from another person because I thought that was my only way out. What I did was wrong. I know that now.”

The allegation was part of an NCAA investigation that led to the resignation of the late coach Jim Valvano, the program being placed on two years’ probation, a one-year postseason ban and the repayment of $405,756 in NCAA Tournament revenues during Shackleford’s sophomore and junior years.

Shackleford also is remembered for saying “I’m amphibious,” when describing to a reporter his ability to use either his left or right hand.

“He was just a funny guy. He was hilarious. He cracked jokes,” said Ernie Myers, a teammate on the 1985-86 Wolfpack team that got within a game of the Final Four. “Every time we saw him, he had this infectious kind of grin on his face.”

Myers said he last talked to Shackleford a month ago, when the two discussed meeting at a Wolfpack game in Raleigh. Shackleford never made the trip, Myers said, adding that Shackleford’s gregarious nature may have led to the troubles he endured.

“Shack wasn’t a cheap guy,” Myers said. “When he got a little money, he wanted to show people a good time. That was part of his problem. I think sometimes, he made the wrong decisions.”

Shackleford was a second-round draft pick by New Jersey in 1988. He averaged 5.4 points and 4.8 rebounds for his NBA career while also making stops in Philadelphia, Minnesota and Charlotte through the 1998-99 season.

He also played professionally in Italy, Turkey and Greece during that time, according to Sports Reference’s NBA website.

“N.C. State is deeply saddened to hear of the passing of former Wolfpack men’s basketball player, Charles Shackleford,” the school said in a statement Friday. “Our thoughts and prayers are with his friends and family during this difficult time.”

From staff  and wire reports West Rowan’s boys made a big fourth-quarter comeback but lost at Central Cabarrus, 59-57, on... read more