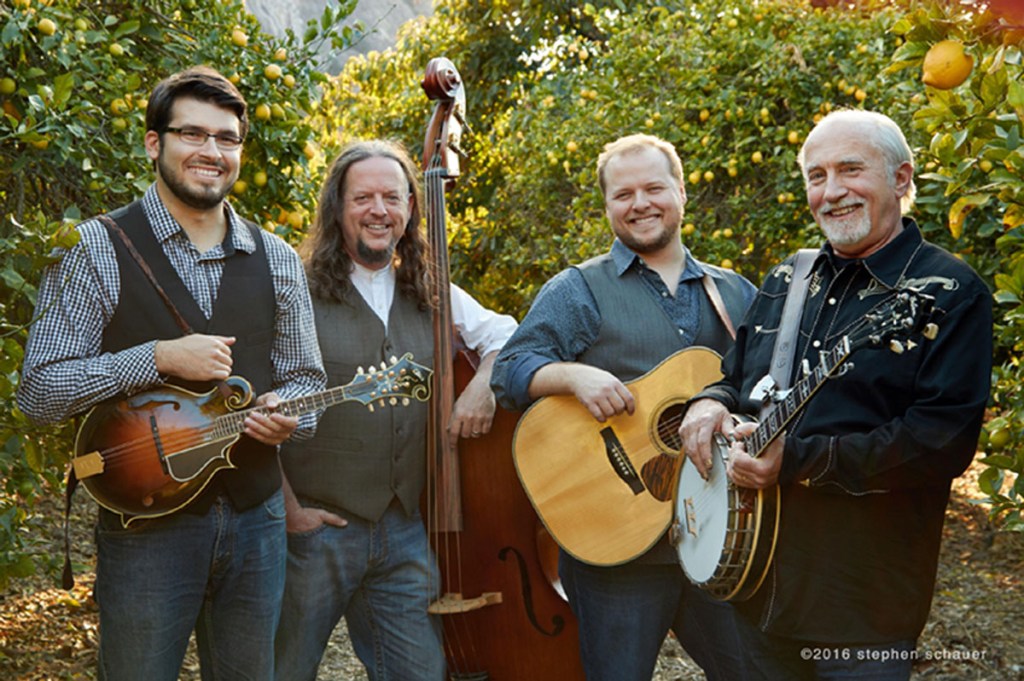 In March, the Charlotte Folk Society will reach a significant milestone – the 35th anniversary of its founding in 1982.  The seventh concert in our 2016-2017 Gathering Series features the Grammy-nominated bluegrass band Special Consensus.

Special Consensus is a superb bluegrass outfit in a classic vein but with more than enough modern sensibilities to attract every ear.  The vocals are spotless, the playing as shiny as a newly minted penny, and music like this is the reason people come to love bluegrass.  Special Consensus approaches this hallowed American musical form with boundless energy and an aesthetic reverence.

The band’s first album was released in 1979 when the band began touring on a national basis.  In 1984, Special Consensus initiated the Traditional American Music (TAM) Program in schools across the country and began appearing on cable television and National Public Radio shows.  The band has appeared on The Nashville Network Fire On The Mountain show, and toured for three seasons as 4/5 of the cast in the musical Cotton Patch Gospel (music and lyrics by Harry Chapin).  In November 2003, Special Consensus received a standing ovation after its first performance on the Grand Ole Opry at Nashville’s historic Ryman Auditorium.  International tours have taken the band to the United Kingdom, Canada, Europe, Ireland, South America, and Australia.  The 16th band recording, Scratch Gravel Road, released by Compass Records in March 2012, was nominated for the Best Bluegrass Album GRAMMY Award.

“If you want to know how Special Consensus has managed to stay in business for 40 years, all you have to do is pick up a copy of Long I Ride…This album is fresh and new and stands to potentially make as many new fans as it does please those who have followed the group since its inception in 1975…It would have been easy for Special C to coast after the outstanding previous effort, Country Boy: A Bluegrass Tribute To John Denver, but founder/banjoist Greg Cahill and the current iteration of Rick Faris (guitar/vocals), Nick Dumas mandolin/vocals), Dan Eubanks (bass/vocals) kill on this CD.  Don’t miss this album.” — Bluegrass Unlimited, December 2016

“Yes, Special Consensus may be Chicago’s very own veteran bluegrass band, but talent like this is the property of the world.” — David Royko, Chicago Tribune

Charlotte Folk Society Gatherings are made possible, in part, with funding from the Arts & Science Council.  This project is supported by the N.C. Arts Council, a division of the Department of Natural and Cultural Resources.

Stuffed, and still feeling good about it