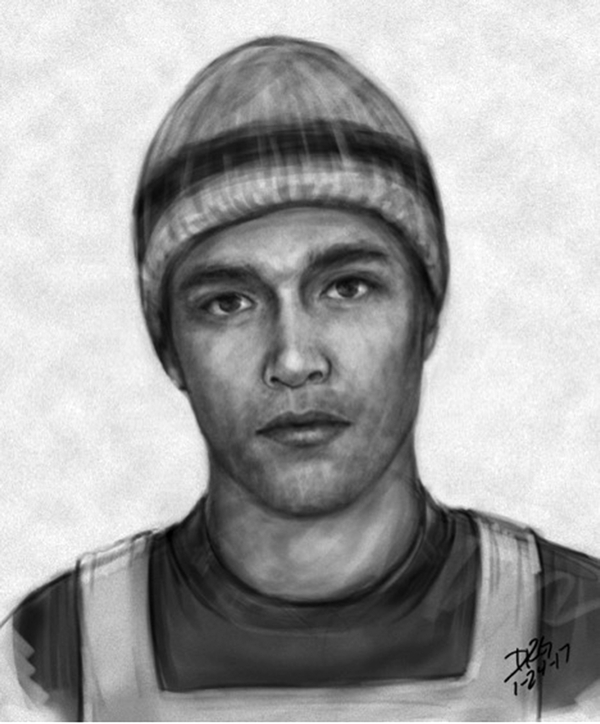 The Iredell County Sheriff's Office is looking for this man, seen near the area where Hugh Moss was murdered in Statesville.

The Iredell County Sheriff’s Office has released a sketch of a man seen in the area where a man was murdered in his Statesville home.

A man was seen walking away from the area of the victim’s home within minutes of when of the first 911 call was placed. Witnesses helped a forensic artist from the S.C. Law Enforcement Division draw a sketch of the suspect.

The man is described as wearing Carhartt-style clothing. Anyone with information on the man’s identity is asked to call the Iredell County Sheriff’s Office Homicide Hotline at 704-928-9804.