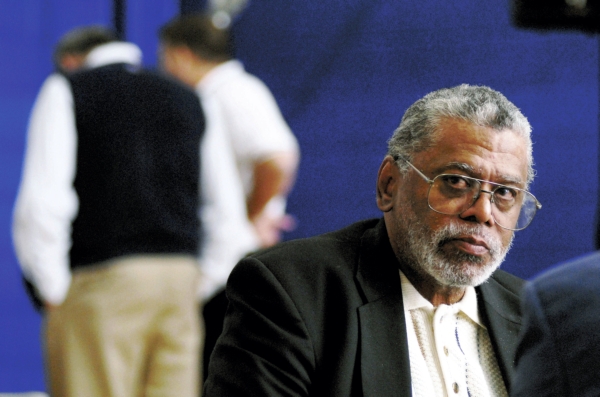 Durante will be the third person with Catawba ties to be inducted, joining coaches Sam Moir and the late Gordon Kirkland.

Durante, a 5-foot-8 guard from West Charlotte High, played in the 1960s but still holds Catawba records for career scoring average (29.4 points per  game), season scoring average (32.1) and points in a game (58).

He also Catawba’s all-time leading scorer with 2,913 points and collected that total without benefit of the 3-point shot.

Durante accomplished what he did despite a suspension that cost him nearly half his sophomore year and an injury that hobbled him for a month his senior year.

Western Carolina’s Henry Logan and High Point’s Gene Littles, fellow Carolinas Conference stars  and black basketball pioneers of that era, already have been inducted into the N.C. Hall of Fame.

Durante also had a 50-point game at Newberry and a 53-point game against Atlantic Christian (now Barton).

His junior year, Durante led Catawba to its first 20-win season since 1960.  His 35-footer at the horn beat Western, 85-83, after  Logan had tied the game with eight seconds left.

A High Point team led by Littles was 21-1 and came to the North Rowan gym ranked fourth in NAIA when Durante was a senior.  Durante scored 32, and Garland Davis grabbed 31 rebounds in a stunning, 81-77 Catawba victory.

Durante was Catawba’s first-ever, first-team NAIA All-American.  He was drafted by the New York Knicks in the sixth round of the NBA draft in 1969.

Durante had a discouraging experience at the 1968 Olympic Trials, where he led the NAIA all-stars and outplayed All-Americans from the NCAA schools such as Pete Maravich, Calvin Murphy and Rick Mount, but then was left off the roster  for the Olympic Games in Mexico City.

That experience convinced him he couldn’t get a fair shake as a 5-8 player in the NBA, so he signed with the Harlem Globetrotters.

He  saw the world, got an education you couldn’t get from books and never had cause to regret his career decision.  After globetrotting, he became an educator in Fayetteville.

“He was Allen Iverson, but he was Iverson with range,” James Brown, the late Catawba Hall of Famer said of Durante in 2007.

They will be enshrined on May 5, at the Raleigh Convention Center.

Ticket information for the banquet is available at ncsportshalloffame.org or 919-845-3455.