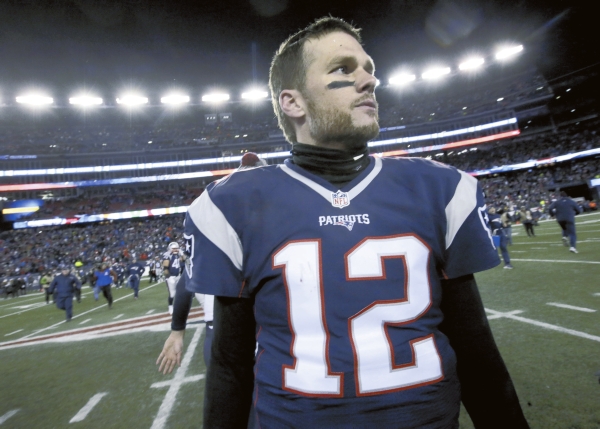 Patriots happy to be home for title game

FOXBOROUGH, Mass. (AP) — The New England Patriots have had what seems like an annual spot in the AFC championship game over the past decade.

But the fact that this year’s game is at home could factor into whether they are able to make a return trip to the Super Bowl.

The Patriots became the first team since the 1970 merger to advance to the AFC title game in six straight seasons with their win over the Houston Texans last week.

The Patriots are 5-1 at home in AFC championship games, with their lone loss coming in 2013 against the Ravens in Ray Lewis’ final trip to Foxborough.

While being at home doesn’t guarantee victory, playing the game at Gillette Stadium is welcomed by a team that has been on the road in two of their past three trips to the AFC title game. Both of those road games ended in losses to Denver, including a 20-18 defeat last season.

“It’s the energy. You get out there and everyone is really energetic. The fans are really intense,” receiver Chris Hogan said Tuesday.

“At the end of the day, it’s another football game, and I just have to approach it like that, just the way I’ve been approaching every single game this year. Go out there, play my best, play good football and try to help this team win as much as I can.”

Special teams captain Matt Slater acknowledged that New England’s performance against the Texans could have been better, but said no one is taking anything for granted about this latest shot at a Super Bowl berth.

“Anytime you win a playoff game, whether you play well or not, if you win the game that’s all that matters,” Slater said.

“I think we all appreciate the opportunity that we have. Could we have played better? Certainly. But we could also be at home.”

The Steelers — and coach Mike Tomlin specifically — can expect to get an even more hostile reception than usual from the Patriots fans.

This comes after Tomlin was broadcast using a derogatory expletive to describe the Patriots during a postgame speech to his team following Pittsburgh’s divisional-round win over Kansas City.

Unbeknownst to Tomlin, the speech was aired on a social media livestream by Pittsburgh receiver Antonio Brown.

Tomlin apologized for his use of “regrettable” language on Tuesday. But he said he’s not worried about it having an impact on his team’s preparations this week.

“We are in the AFC championship. You aren’t going to creep in the back door of New England and win a football game, and creep out of there with an AFC championship,” he said.

“I am not worried about our team’s ability to deal with the potential distractions.”

Slater said he continues to have respect for Tomlin and didn’t think his comments would serve as any extra motivation.

“At the end of the day the only thing that is gonna matter is what we do in between those white lines on Sunday,” Slater said. “What is said or what is done off the football field it really doesn’t matter. It’s about executing on Sunday.”

Notes: Receiver Chris Hogan said he is “feeling good” after he left Saturday’s win in the third quarter with a thigh injury. He said he could have come back into game, but the decision was made with the training staff for him not to go back in. “Just had a little minor setback in the game, but I’m working back every single day and feeling better every day,” Hogan said.

Baseball Hall of Fame: Cloud of steroids hovers above voting