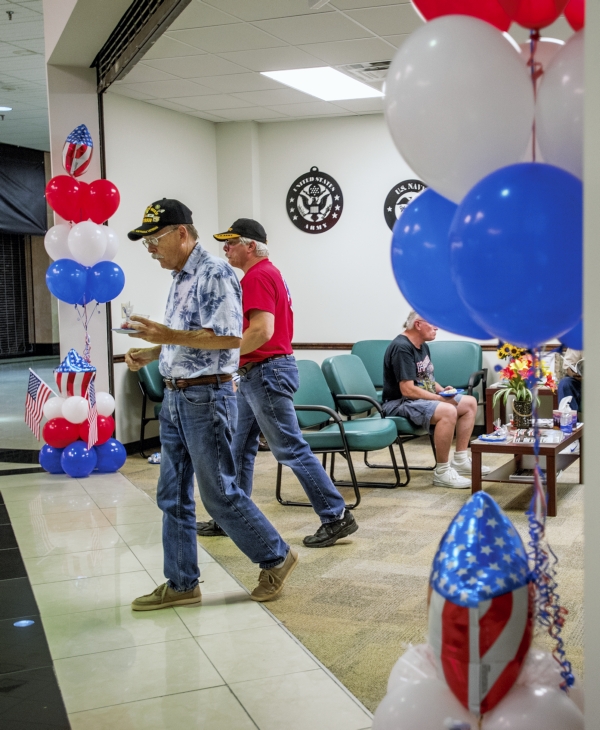 Stanley Hall walks out of the office to enjoy refreshments with others during the grand opening of the new Rowan County Veteran Services office at West End Plaza. This new location is much larger and allows for veteran services officers to have more privacy with clients than the previous location. Allison Lee Isley/Salisbury Post

Does Rowan County need — and can it support — a convention center? County commissioners took constructive action on that front last week, agreeing to conduct a feasibility study. Before investing in an expensive facility, commissioners want to know what kind of demand they can realistically expect for conventions in a town the size of Salisbury.

Little study is needed, though, to figure out that the community needs more large meeting spaces and event venues. Anyone who has tried to plan a large gathering in Salisbury quickly realized that the options are very limited. The former JCPenney store at the county-owned West End Plaza has helped relieve some demand for that type of space. It’s reasonable to consider building on that success.

Talk of a convention center has circulated off and on here for decades. Downtown Salisbury Inc. funded the most recent study around 2009, in this case to explore the viability of a convention center in the city’s central business district. At the conclusion of the study, Randy Hemann, then DSI’s executive director, recommended a $3 million event center rather than a full-blown convention facility. He received enthusiastic response from City Council, but nothing happened.

Since then, the county has purchased the Salisbury Mall and turned it into West End Plaza. Commissioners are still weighing how to use the building. Master plans have called for locating different county departments in the mall; the Board of Elections and Veterans Service Office have already made the move. Before commissioners whittle down the available mall space with more government offices, let’s see if the plaza could be a viable location for something bigger, like a convention center. Would some other local site work better, or is a convention center too much of a stretch for this community altogether? Could the county work with the city to address the need for more meeting space? Answers to these questions and more should help commissioners go beyond gut reactions and work toward  a knowledgeable decision.

City can’t afford to pay for Fibrant After reading a couple letters in support of Fibrant I am not sure... read more