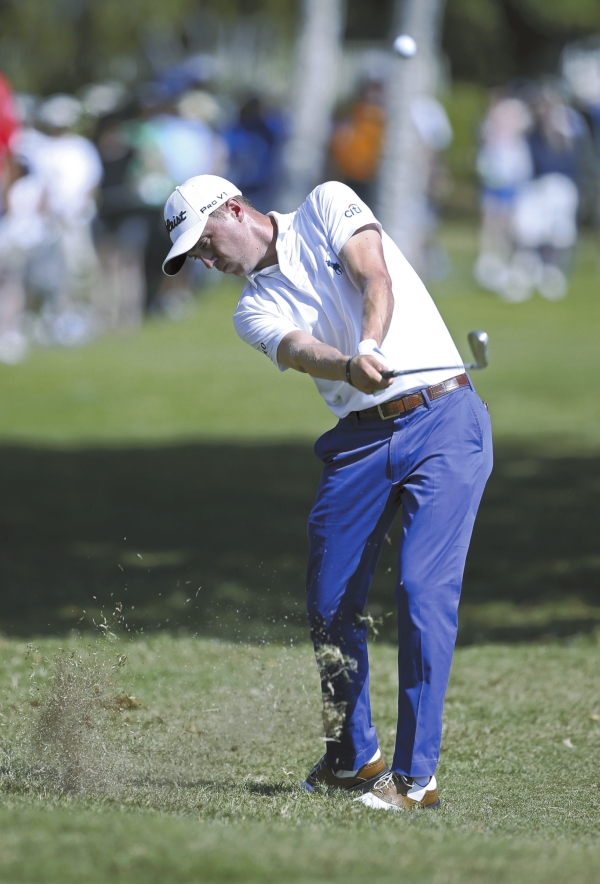 Justin Thomas hits from the third fairway during the second round of the Sony Open golf tournament, Friday, Jan. 13, 2017, in Honolulu. (AP Photo/Marco Garcia)

HONOLULU (AP) — Justin Thomas finished with another eagle and got into the PGA Tour record book again.

Thomas holed an 8-foot putt on the par-5 18th for a 64 to set the 36-hole scoring record at 123. He also had a five-shot lead over Gary Woodland going into the weekend, when the focus shifts from records to a trophy.

Coming off a 59, Thomas started slowly until running off four straight birdies around the turn. He bogeyed the 17th hole from the bunker, then hit out of the rough to 8 feet on the last hole to atone for it.

Olympic gold medalist Justin Rose (64) and Zach Johnson (61) were in the group seven shots back.