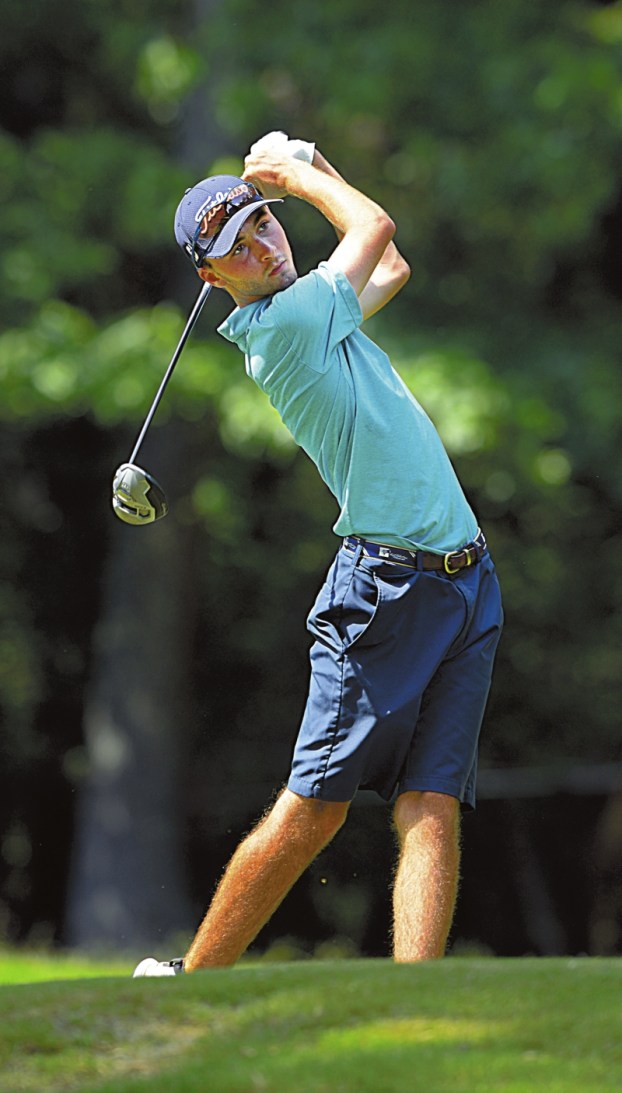 SOUTHERN PINES — Nick Lyerly of Salisbury and Gina Kim of Chapel Hill have been named the 2016 N.C. Junior Players of the Year by the Tarheel Youth Golf Association (TYGA) and the Carolinas Golf Association (CGA).

The N.C. Junior Player of the Year award recognizes one girl and one boy who have had the most successful year in amateur and junior golf events at the local, state, regional and national levels.

“It goes back to all the hard work that I’ve put in,” Lyerly said yesterday. “There was a lot of practicing and it paid off. Trying to win the award for the second year in a row was definitely a goal and I was fortunate to reach all of the goals that I set for myself last January. It was really a great year.”

In November, Lyerly signed a letter-of-intent and scholarship offer to play college golf at UNC-Greensboro.

“Nicholas has demonstrated for years what a true student athlete is,” said UNC-Greensboro men’s golf coach Terrance Stewart. “Through his dedication and passion for the game, he has begun to realize and show his true potential.  UNC-Greensboro is looking forward to have him represent the school and I look forward to cheering him on for the next four years,” added Stewart.

The Player of the Year awards were determined by a combination of each player’s tournament scoring differential and the total points earned in the TYGA N.C. rankings events from Jan. 1, 2016, through December 31.

“It has been a lot of fun watching Gina grow into one of the best junior golfers in the country,” said Kim’s instructor Ed Ibarguen. “I fully expect her to achieve goals such as All-ACC and All-American honors during her collegiate years. There is no doubt in my mind that she will win many tournaments in college and then have an outstanding career on the LPGA Tour. She is now and will become even more so in the future ‘a star’ golfer,” added Ibarguen.

Kim, a 16-year-old junior at Chapel Hill High School, was also named the N.C. Girls’ Player of the Year in 2014.  In 2016 Kim won five junior tournaments.  Her wins included the CGA Vicki DiSantis Girls’ Championship, the PKBGT Tar Heel Classic, the AJGA Rolex Girls, the NCHSAA 3A Central Regional and she repeated as the NCHSAA 3A Girls’ state champion. Along with her wins, Kim represented the USA in the Junior Ryder Cup and was named a first team Rolex All-American.

In the 12 events Kim played in 2016, she placed outside the top 10 just once and finished the year with a stroke average of 71.83. Kim has verbally committed to play collegiate golf at Duke University.

These outstanding juniors, along with the 2016 N.C. All-State Girls’ and Boys’ teams, will be honored at the N.C. Junior Golf Night Awards Banquet on Jan. 28, at Pine Needles Lodge & Golf Club in Southern Pines.