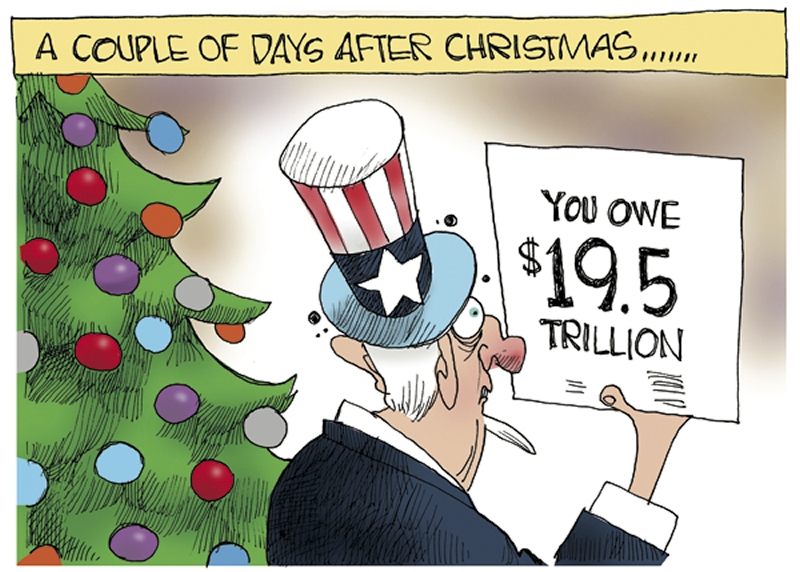 … Hall Steele: a man for all seasons

Thank you, Mark, for this article about a man who was larger than life and touched the lives of so many people. God’s peace to Ronney and family.

Prayers for this family and hope a lot of his knowledge has been learned over the years.

Great article on a good, unique man who served others. I knew him well as I worked for him in the 1950s in the seed cleaning area, going to Salisbury for supplies. He was always fair and wanted to be of help where he could.

Congratulations, Rowan County Animal Shelter, on being a low-kill shelter. I’m also glad to see some of the rescue groups who have previously pulled from Rowan now focusing on other high-kill shelters. It takes a village to make a better world for homeless animals.

This shelter is obviously trying really hard to redeem itself. I am very happy to read all the progress they have made this year. We just adopted two healthy, beautiful, sweet cats from the shelter on the 22nd of this month. We couldn’t be happier. Thank you, Rowan County Animal Shelter, for working so hard to help these animals!

I see no mention of the Friends of Rowan County Shelter Animals Facebook page. That is what has drastically changed the statistics at the shelter. It was started in February 2012 by Candace Honeycutt Terry.

Candace noticed that the animals got no exposure to the public other than the occasional pet of the week in the Post. Candace went week after week to the shelter to take photos of the animals and post on Facebook. She went week after week even when the shelter management and employees made it difficult for her to continue by changing the hours she could come and placing roadblocks in her way. She still goes every week. I don’t think she’s ever gotten any recognition from the county for improving their precious numbers. That’s pretty sad.

And, while Pierce is talking about No Kill, perhaps he should look at exactly what goes into making a shelter No Kill. It’s not just 10 percent. No Kill shelters don’t put an expiration date on every life that comes through the door. No Kill doesn’t kill cats when you’ve got empty cages.

Dr. Mari Maristany has the knowledge, experience and compassion needed to be the shelter veterinarian at the Rowan County Animal Shelter. And that is a huge task! She brings a skill and knowledge that will help the animals in so many ways.

Dr. Maristany’s support for the animals and the staff is priceless to anyone who truly cares about our homeless shelter animals. Congratulations to the commissioners, county manager and the shelter staff for finding the perfect veterinarian for our animal shelter.  The animals win again.

This is amazing news! I’m very excited to have in-house spay/neuter done before an adopted pet leaves the shelter.

I welcome the new vet to the shelter staff. I am encouraged by the improvements she is planning to benefit the animals. Her focus on pet owner education and spay/neuter is critical to controlling abuse and overpopulation. I am hopeful that she can influence the shelter administration and commissioners to accept input and guidance from other shelter administrators who have created No Kill shelters in their counties, work with rescue groups and initiate a vibrant volunteer program. The homeless animals deserve this — and so do the staff at the shelter who must work in an negative environment where animals are killed.

This is awesome! What a perfect fit.

Instead of “conservative,” it may be safe to say that the president-elect’s cabinet choices are authoritarian, so that may be an ideological indicator.

It will be interesting to see if the country still leans right after the Republicans repeal Obamacare, gut Medicare/Medicaid, privatize Social Security and destroy the economy with an unnecessary global trade war. In addition, those multi-million-dollar beach-front Outer Banks homes will undoubtedly lose their value when they’re underwater as a result of global warming.

Super. If liberals, progressives, socialists (or whatever they are calling themselves this week) and those diversity-for-the-sake-of-diversity types could just admit that they tried to take too big a bite out of the American culture, that would be great.

Art Pope was probably the worst hire of his reign. He “volunteered” to begin the ruination of our state’s budget by pushing his “bought” legislature into giving his millionaire buddies and corporations huge tax breaks. Then many sales taxes were enacted to offset the money by putting the tax burden on the little man. This has always been the Republican way, but our everyday North Carolinians seem to ignore these facts. President Obama is now gone, so your prejudices can fade away in reality.

You forgot the best part — his work for Duke and the ash pond fiasco.

What a terrible tragedy for this family. We all make mistakes, and some of them will never be forgotten, especially by this mother.

Her punishment will be that she will never see her child again. She needs compassion, not judgment.

Now the family can continue to grieve, rebuild their family, and strengthen their faith without worrying about the potential loss of another family member. They deserve only compassion, forgiveness and love as they move forward from this tragic, heartbreaking loss.

I agree. This family needs love and support, especially during this time, and we all make unintended mistakes in our lifetime.

This family will grieve this forever.

I don’t think it was intentional, but it was reckless and negligent. If it was me, I’d never be able to get in that car again.

We are fortunate to have a district attorney with Brandy Cook’s discernment. I am certain that this decision was not made in haste.

One prayer at a time is all it takes. No more gangs. They bring too many problems. Great job.

This is such an inspirational article. Congratulations, Dr. Greene!

Seth, thank you for sharing this valuable viewpoint. Our eyes must be wide open to every nuance of the Israeli/Palestinian conflict in order to pursue solutions that garner peace and reconciliation. I wish our U.S. media provided more insights like those in your letter.

Also, I wish we were made aware of peace movements among Israelis and Palestinians and their counterparts in the U.S. I am aware of a couple: One is Rev. Mitri Raheb, a Palestinian Lutheran pastor in Bethlehem, West Bank. Although he is critical of the treatment of his community by the Israeli government, he also seeks to teach peaceful co-existence through an educational organization that emphasizes the arts.

I have heard of an Israeli group called “Women in Black” (I believe they’ve branched out beyond Israel) that advocates for reconciliation through peaceful street demonstrations.

As a follower of the teachings of Jesus of Nazareth, I strongly support any life-affirming peace movement in the Middle East. Politically, I support a two-state solution and have been disappointed in the proliferation of the settlements that have displaced so many Palestinians.

Open discussions, as demonstrated by your letter, are paramount in influencing sound U.S. policy.

Thank you, Seth Labovitz, for taking the time to write this. The absolute sad part is that many will not take the time to research, read, speak with others, etc., and will always just look for the talking points or headlines without trying to understand.

I am thankful to have knowledgeable and compassionate people in my life that can always speak to these types of issues that are so complex yet important to basic human life. What has happened to our compassion? People who claim so boldly to be Christian tend to be the absolute worst with showing compassion if it does not meet their own political agenda. Sad! Thank you, Seth.

“Antisemitism” is indeed a canard. Why not call it what it is — anti-Jewism (a blanket hatred of all Jews) or anti-Jewarchism (hatred of the corruption … in the Jewish community)?

As for Elie Wiesel, his hypocrisy is in fact representative of Jews in general. Is there another race that cries over its past tragedies while thumbing its collective nose at other human rights abuse victims more than the Jews? In related news, was Wiesel really a Holocaust survivor?

Seth Labovitz, I am paralyzed by both Mr. Creel’s article and Mr. Blomstrom’s comment — the level of willful ignorance of history, still fresh in the memories of so many, is unconscionable at best, and intentionally destructive of our community fabric, which, I suspect, is exactly their intent.

The only shock is that Mr. Blomstron asks, “is there another race that cries over its past tragedies … more than the Jews?”

I’m sure that on another day he would pen the same of African Americans and Muslims.

It is senseless to here document the facts of the tragic history of Jewish people, nor the facts of current overreach into Palestinian lands (no matter what side of this issue one is on), nor the passionate and dedicated life of Elie Wiesel —  senseless, because it would be throwing plates of knowledge onto a frozen sea.

This Muslim woman stands with you, in this community, in the prayer for greater knowledge, greater compassion, and greater activism to stem this current flood of hate and racism.

Where is the compassion for the Palestinians? Who speaks for them in the U.S. media? How much censorship via silence and outright lying about the realities of “Israeli settlements” has brainwashed Americans, apart from their innate tendency to view Arabs as inferior?

Labovitz’s article is more of the same old distract, lie, spin and deny that has blocked a just settlement for the true victims in the Holy Land — the               Palestinian people!

One would think such an expert on Israel would know … that the U.S. has promised $3.8 billion dollars to the Israeli military every year for the next 10:

“The agreement, which equates to $3.8 billion a year, is the largest bilateral military aid package ever and includes $5 billion for missile defense, additional F-35 joint strike fighters and increased mobility for its ground forces.

“The aid package ‘is just the most recent reflection of my steadfast commitment to the security of the state of Israel,’ President Obama said in a statement. “It will make ‘a significant contribution to Israel’s security in what remains a dangerous neighborhood,’ Obama said. ‘The continued supply of the world’s most advanced weapons technology will ensure that Israel has the ability to defend itself from all manner of threats.’” (USAToday)