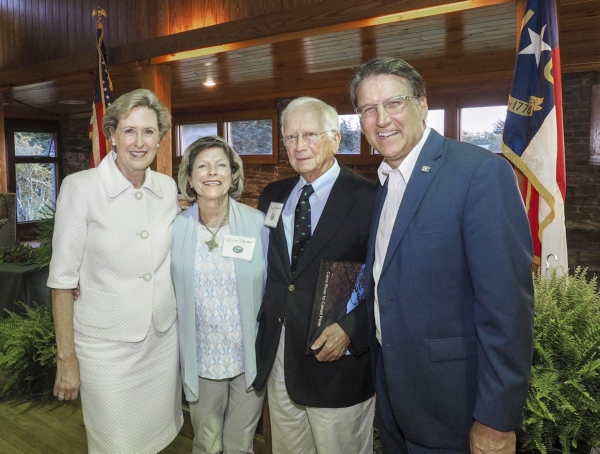 When historians assess Pat McCrory’s term, I don’t think he will be remembered as nearly as successful as North Carolina’s previous two Republican governors, Jim Martin and Jim Holshouser.

McCrory was never able to overcome his lack of background in state government and politics, and he was often stymied by a strong-willed Republican legislature that had little interest in seeing him succeed.

While he took credit for the state’s improved economy, the uptick could just as easily be attributed to the Obama administration, or normal business cycles. North Carolina was ranked as a very business-friendly state and had AAA bond credit ratings long before McCrory took office.

But the McCrory administration did accomplish some notable things. Here are seven of them.

Project Phoenix: McCrory had difficulty making the transition from Charlotte mayor to governor, but a person’s strength is also a weakness and vice versa. McCrory was often strongest when he did mayoral-type things. McCrory moved to improve the state government complex, renovating deteriorating buildings, selling historic homes on Blount Street and selling little-used properties for private development. Lt. Gov. Dan Forest, an architect by profession, played an important role in some of these projects.

Underage drinking: When McCrory appointed former Lt. Gov. Jim Gardner to chair the state ABC Commission, who knew that the old Republican war horse would reimagine the job? Gardner started Talk It Out NC, the gut-wrenching, anti-teenage drinking TV ad campaign that shows parents mourning the death or severe injury of their child. Who knows how many parent-teen conversations that has started, or how many lives have been saved.

Connect NC: McCrory pushed through a $2 billion bond issue earlier this year with two-thirds of the money going to universities and community colleges and the rest going for water and sewer projects, state parks, public safety and the National Guard. McCrory had originally proposed a $2.5 billion bond issue with $1.2 billion going to new road projects, but the legislature reworked it to its own liking.

Professionalization of the election process: In such a closely divided state as North Carolina, it is important to have well-run elections. While there was partisan mischief at the county board level and in the legislature, the state election apparatus was well-run. For that we can thank such McCrory appointees as state election board chairs Josh Howard and A. Grant Whitney and executive director Kim Westbrook Strach. Maybe it was too professional, because McCrory raised foundationless concern of chicanery during the post-election canvassing and because the legislature revamped a bipartisan system that had been in place since 1901.

Hurricane Matthew: McCrory got good marks for overseeing the recovery from Hurricane Matthew, which wreaked destruction on the eastern half of the state this fall. He also was instrumental in getting the legislature to set aside enough money so there was a $1.6 billion rainy-day fund to help pay for the recovery.

Moderating influence: Although McCrory became the face of the rightward shift in state government — which was largely driven by the legislature — in a number of instances he was a moderating influence. Those included the building of jetties, abortion and blocking a legislative plan to pack the N.C. Supreme Court with two extra justices in order to create a Republican majority after the voters had elected a Democratic majority.

From someone who has often been a critic, let me say thank you Gov. McCrory for your service to our state and good luck in your future job in the Trump administration.

Rob Christensen has covered politics for The News & Observer of Raleigh for nearly four decades, and is also the author of The Paradox of Tar Heel Politics. Write to him at rchristensen@newsobserver.com.

Darts & laurels: Ready to ring in a new year

Laurels to the restoration and reinforcement of the Bell Tower in downtown Salisbury. Once part of an old First Presbyterian... read more