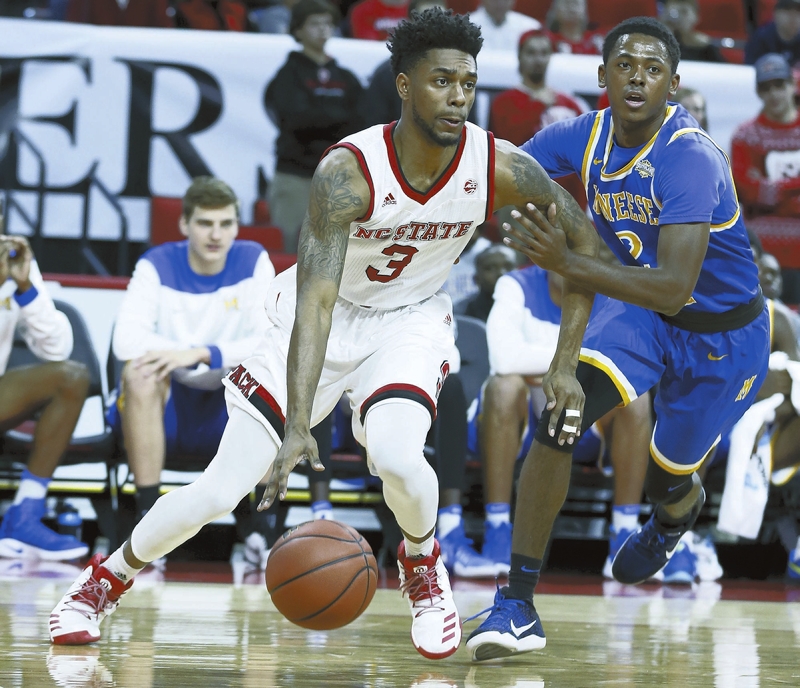 Maverick Rowan added 15 points for the Wolfpack (10-2), who won their fifth straight game. Smith had an opening burst with a breakaway, reverse dunk and a pair of 3-pointers on the way to a 9-for-12 shooting day, helping N.C. State build a quick double-digit lead and cruise to a third-straight win by at least 20 points.

Rowan missed seven straight games with a concussion before returning during the overtime win against Tennessee State on Dec. 10. This marked his second double-digit scoring effort in three games since and he has made 9 of 21 3-pointers (43 percent) during that stretch.

N.C. State led 49-28 at halftime, then pushed that margin to 38 midway through the second half.

McNeese State: The Cowboys were playing their fifth and final “guarantee” road game, which the school schedules to raise money to fund the athletic department budget. McNeese State’s five guarantee games were set to earn $410,000 in payments, the school said.