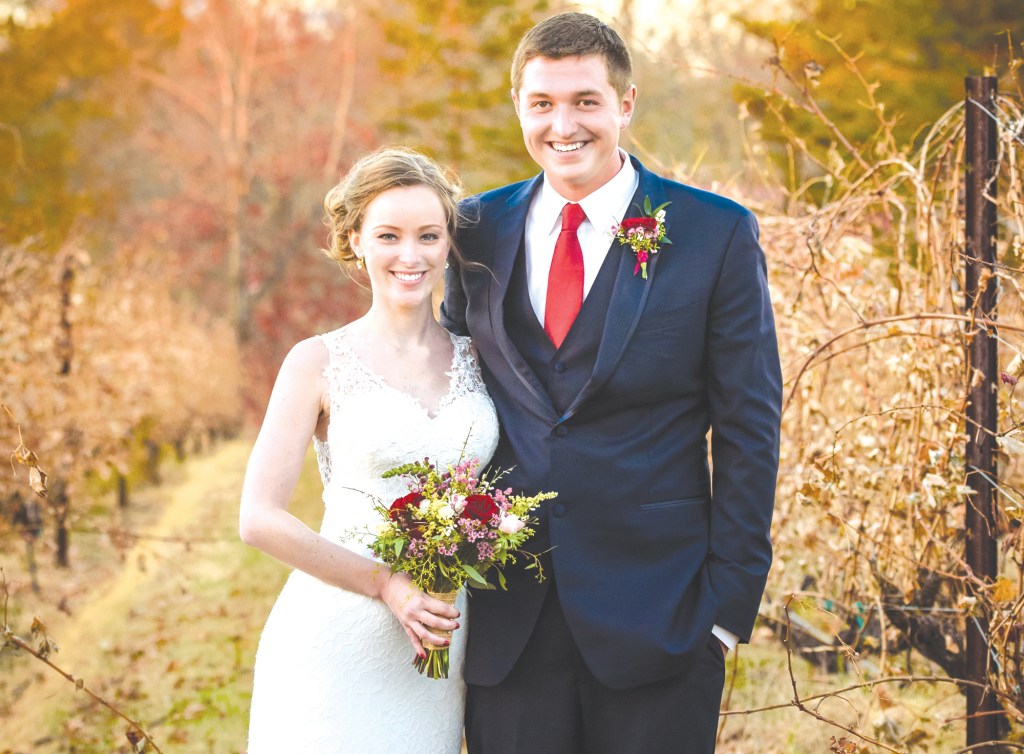 Matt Yoder, brother-in-law of the groom, officiated the 4 p.m. ceremony, which was followed by a reception, also at the Hanover Park Vineyard.

The bride was escorted by her father and mother, Dan and Janet Waggoner. Attending the bride as maid of honor was Madison Junker of Mocksville and matron of honor was Sarah Michalec of Jamestown. Bridesmaids were Ellen Koerner of Dresden, Germany and Julie Tonnesen of Durham. Flower girl was Danya Yoder and ring bearer was Wyatt Yoder, both of Wagener, S.C.

The groom chose his father, John Jancic, to serve as best man. Groomsmen were Johnny Jancic, Jared Jancic and Tyler Mullis, all of Cleveland. Ushers were Daniel Waggoner of Charlotte and Walt Waggoner of Salisbury.

The bride is the daughter of Dan and Janet Waggoner of Salisbury. She is the granddaughter of Julius and Barbara Waggoner of Salisbury and John and Florence Bradley of Emporia, Va. A 2011 graduate of West Rowan High School, Rebecca graduated from North Carolina State University in 2014. She is a math teacher in the Davie County School System.

The groom is the son of John and Marsey Jancic of Cleveland and the grandson of Shirley Jancic of Salisbury. A 2011 graduate of West Rowan High School, Tim is the owner of T&J Bros. Construction.

The couple will reside in Cleveland.