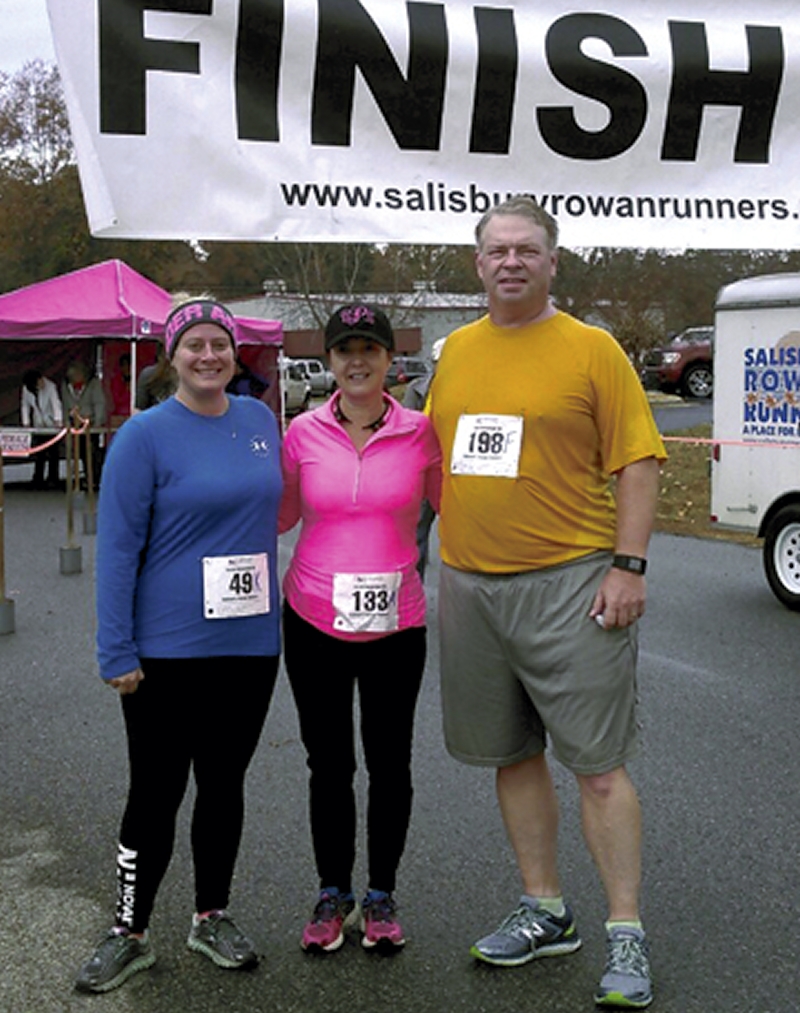 When last we joined you, Jennifer Payne and Michelle Patterson had a good challenge ahead of them. Both had lost momentum during the summer and had struggled to achieve positive results into the fall. We entered November knowing that both said that they were healthy and ready to go. They wanted to reverse the trend of weight gains for both in October.

Going into November, Michelle was exercising almost daily and beginning to challenge herself with various group classes while improving with her running. She knew that the rest of the year would be less stressful at work and hopefully at home. Her husband had hernia surgery coming and daughter Chloe had some continuing medical visits pending, but her own workload at the Patterson Farm Market was slated to be less.

Jennifer entered November back on the exercise track after several derailments. She missed many of the workouts that were scheduled with Michelle and needed to reassess her commitment to her own wellness. Jennifer indicated that her own workload as a nurse manager at Novant Health was likely to remain challenging.

My advice to both women was to watch their caloric intake and focus on cardiovascular exercise while mixing in some strength work. The workouts that they did at the first of the year were no longer adequate to continue to produce continued results. I advocated at least five workouts per week that pushed the heartrate into a higher working zone. And more than anything, I wanted to see them take on new challenges.

So, here are the results for November. Michelle stuck with her workout plan on most days. She continued to show ability as a runner and had listed as a November goal to become faster. Michelle entered the Bostian Elementary 5K and finished as the top female with a time of 33:25, then ran the Butterball 5K on Thanksgiving morning in 32:51. Still, she didn’t push herself and left something in the tank at both races. We decided to meet at the Santa 5K course and simulate a race before the sun came up. My goal was show Michelle that she could run faster than she had previously. With a few choice words, Michelle was amazed to take a minute and 44 seconds off her best time by finishing in 31:07. (She ran the Santa 5K race on December 3rd in 30:15, her best yet.)

I had pushed Michelle to warm up before the races start which results in a better first mile. With the top quote of the month, Michelle said, “If I take my shirt back to the car, will that count as my warmup?”

Jennifer had a varied month, highlighted by averaging 40 miles a day on a stationary bike when Novant Health administrators partnered with the Forum to pedal in place on a float for the length of the back to back Spencer/Salisbury and China Grove/Landis holiday parades. She also ran two 5K’s, both with her husband, at the Hospice and Butterball events. Jennifer also took two spin classes with Cathy Scott at the Hurley Y and did several Zumba Pound classes.

November also included lots of days with no workouts for Jennifer for various reasons and irregular emphasis on proper eating. Admittedly, she slipped on Thanksgiving and during a week-long vacation at Disney.

Now, we head into December and the last month of our year-long plan. At month end, neither Jennifer or Michelle lost weight. Both women know how to exercise and both have learned a little bit about how to push themselves. Proper exercise plans include pushing hard on some days and a somewhat easier pace on others, while committing to move forward toward fitness and wellness goals. While excuses may seem worthwhile at times, calories in and calories expended remain the bottom line. In other words, pay attention to what is eaten and get your workouts done. The results will happen, just as they did for the first six months of our program.

Let’s close out the home stretch with a big finish! See you back here early in December.