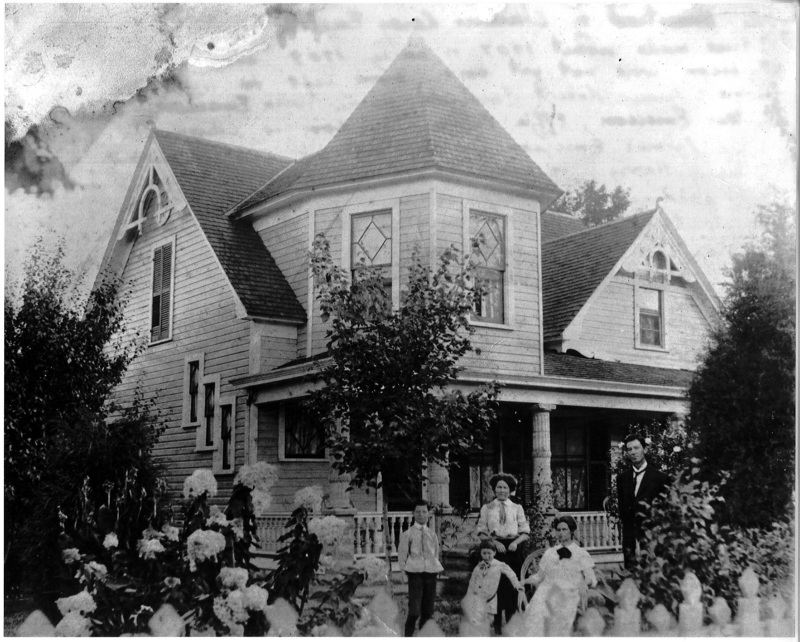 The house has been in the Emerson family since it was built in 1900 by C.L. Emerson, Ike Emerson’s great-grandfather.

The house will go into the foundation’s revolving fund program.

C.L. Emerson was Salisbury’s first oil dealer, moving from Ohio to work for both the Standard Oil Company and the Indian Refining Company. He later shifted his work to real estate, and among other property ventures, he built three additional houses in the 1000 block of North Main Street.

Well-to-do merchants and businessmen lived in the North Main Street neighborhood during that era. Today, the neighborhood typifies suburban development from the early 20th century with its mix of architectural styles and varying levels of ornamentation, the foundation said.

“Long considered a fine example of late Victorian architecture,” a foundation press release said, “the C.L. Emerson House continues to draw attention with its asymmetrical design, its steep gabled roof and turret and its sawn ornamentation.

“Of particular note are the fluted stone columns which support the front porch, a unique and notable architectural feature.”

The National Register of Historic Places considers this house as “pivotal” to the North Main Street Historic District.

Ike Emerson’s father, the late Maj. Gen. James Willard “Jim” Emerson, owned and rented out his family’s house for several decades. Jim Emerson also was a longtime educator and retired member of the Rowan-Salisbury Board of Education at his death earlier this year.

The foundation release said, “An electrical fire this past summer persuaded Ike, a freshman at N.C. State University with little spare time, that the house needed a new caretaker.

“Ike and his mother wanted to honor Gen. Emerson, as well as protect the Emerson family’s home. Donating the house to Historic Salisbury Foundation was an ideal solution.:

Historic Salisbury Foundation will stabilize the house and put protective covenants in place to maintain its architectural features and to preserve the association with the Emerson family.

The importance of this property to the Foundation’s work on North Main Street cannot be overstated, according to Executive Director Karen Hobson.

“We appreciate Ike and Bonnie giving us this house,” Hobson said. “The renovated C.L. Emerson House will provide an important anchor to this section of North Main Street.”

North Main Street serves as a northern gateway into Salisbury, yet many of its houses are in varying states of decay and disrepair.

“Historic Salisbury Foundation plans to use the C. L. Emerson House as a catalyst to continuing the revitalization of the neighborhood,” the foundation said.

Historic Salisbury Foundation, Inc., founded in 1972, is a private, non-profit organization whose mission is to preserve, protect and revitalize the historic fabric of Salisbury and Rowan County.

To donate a house or learn more about the organization visit www.HistoricSalisbury.org.