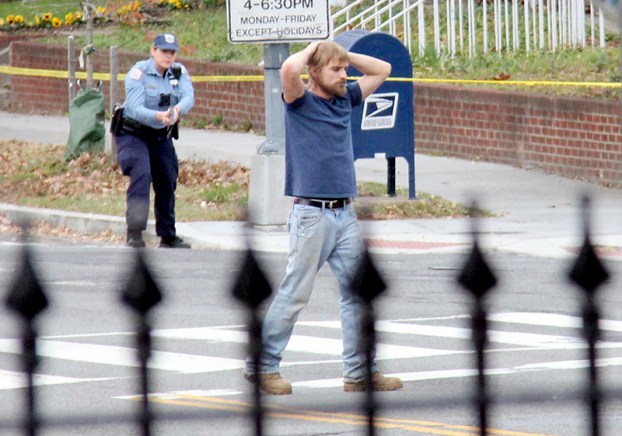 Criminal record of pizzeria shooter dates back to 2007

WASHINGTON (AP) — A pizza restaurant in Washington has reopened two days after a man stormed in with a rifle in what police say was an attempt to investigate a fake news story.

Alefantis also thanked his staff. “My employees are an incredible group of young people and they inspire me every day,” he says.

“These are people who are hardworking, incredibly wonderful, generous people.”

Welch, a 28-year-old who lives on Neel Road, has a criminal record that dates back to 2007. Police say Welch on Sunday walked into a pizza restaurant in Washington, D.C., pointed a firearm in the direction of an employee and fired the weapon inside of the restaurant. He told police that he drove to the nation’s capitol to investigate a conspiracy theory known as “PizzaGate.”

He’s currently in a D.C. jail without bond, awaiting a preliminary hearing today on four charges — felony assault with a dangerous weapon, carrying a pistol without a license, unlawful discharge of a firearm and carrying a dangerous weapon outside of a home or business. Additional offenses are listed the incident report but have not been added to the court docket.

As part of the pizzeria incident, police seized three weapons — an AR-15, a .38 caliber pistol and a shotgun.

A review of police and court records shows Welch’s previous criminal history includes multiple drug possession charges, consuming alcohol and driving while he was under 21, driving while intoxicated and various traffic infractions. He was also evicted from a property as part of a civil suit by Fisher Realty.

Two of the earliest charges on Welch’s record include possession of a schedule three and schedule four controlled substance in Cabarrus County. Court records show he pleaded guilty to both charges in 2007. Also in 2007, Welch pled guilty in Cabarrus County to driving a vehicle and consuming alcohol while under the age of 21.

In 2013, Welch pleaded guilty to driving while intoxicated.

On Oct. 24, Welch was involved in an accident that seriously injured a 13-year-old boy. A police report about the accident states the case is still under investigation.

Family members and friends contacted by the Salisbury Post have either declined to comment or not responded to requests about Welch or the pizzeria shooting incident.

No one was hurt in the pizzeria shooting.