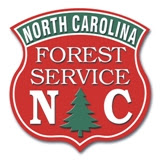 RALEIGH – Fire experts with the N.C. Forest Service say recent rains have helped to reduce fire danger in the North Carolina mountains, prompting the agency to lift the ban on open burning for 32 counties effective at 5 p.m. today.

“Despite the recent rain, the N.C. Forest Service has noted that not all areas received the soaking rain needed to fully mitigate fuel conditions,” said Agriculture Commissioner Steve Troxler. “They would like some additional time to assess fire conditions in the Piedmont counties currently under the ban.”

The N.C. Forest Service continues to evaluate the need for the ban daily, Troxler said.

No new burn permits will be issued in the 15 Piedmont counties until the ban is lifted. In counties where the ban has been lifted, people wanting to burn debris will need to reapply for a permit. For more information, contact Brian Haines, public information officer with the N.C. Forest Service, at 919-857-4828.

Here is more information about the ban on open burning and other precautions in place:

The burn ban was issued for North Carolina’s 25 westernmost counties on Nov. 7. An additional 22 counties were added Nov. 21 as drought conditions worsened in the mountains and spread into the Piedmont. Wildfires have burned more than 73,000 acres in Western North Carolina this fall.