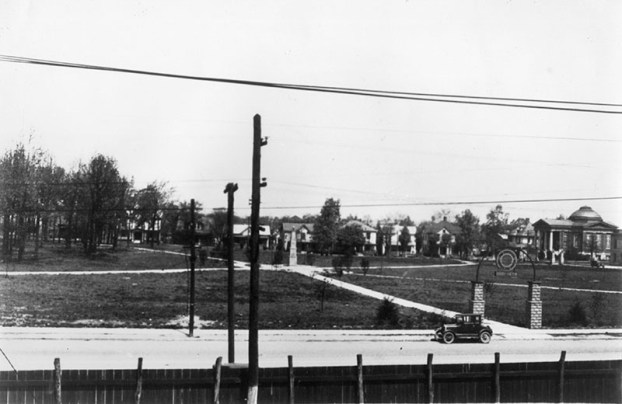 Yesterday: A look back at Spencer’s downtown park

Talk has surfaced recently about creating a ‘Central Park’ in downtown Salisbury, but the town of Spencer had its own downtown park a long time ago across from the Spencer Shops repair facility of Southern Railway, now the N.C. Transportation Museum. A headline from a Sept. 7, 1927, article in the Salisbury Evening Post said ‘Spencer Park Is Beauty Spot,’ with a subhead that added, ‘Many Tourists and Visitors Attracted to Show Place in Railroad City.’ At the time, the National Highway (today’s U.S. 29) was the main north-south highway, and the newspaper proclaimed the Spencer park as ‘one of the most attractive spots on the thoroughfare between Washington and Atlanta.’ W.S. Sweetman, superintendent of motor power for Southern Railway, ‘declared that Spencer park is far ahead of anything in Charlotte.’ The newspaper described the park, which was located where a old shopping center is today, as ‘5 acres of green sod, covered with shrubbery, shade trees, flower beds and attractive walks.’ A section in each of the four corners of the park was put in the care of four different churches in Spencer — so the park had Lutheran, Presbyterian, Baptist and Methodist corners. In the park’s center was a monument, erected in honor of the ‘heroic dead employed on the Southern system and well-lighted at night,’ the newspaper said. An electric sign  was installed over the park entrance on Salisbury Avenue that said ‘The Southern Serves the South.’ The newspaper went on to say the park included a pool of water that was home for ‘a real live alegator (that was the spelling used)’ and indicated it was the main attraction for many park visitors.

Mary Sechler provided this photograph of people who worked in a weave room at Cannon Mills Co. on Nov. 1,... read more