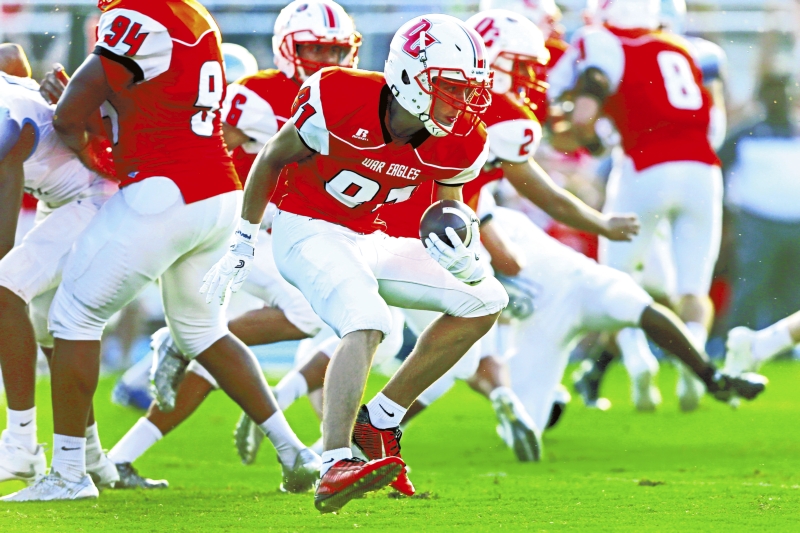 James Sipes/for the Salisbury Post ... Davie County receiver Cooper Wall (81) looks down field after making a catch against West Rowan on Aug. 26. Despite missing some time with an injury, Wall has 50 receptions for 779 yards and 11 touchdowns.