Fantastic Beasts™: Cases From The Wizarding World for Mobile Devices 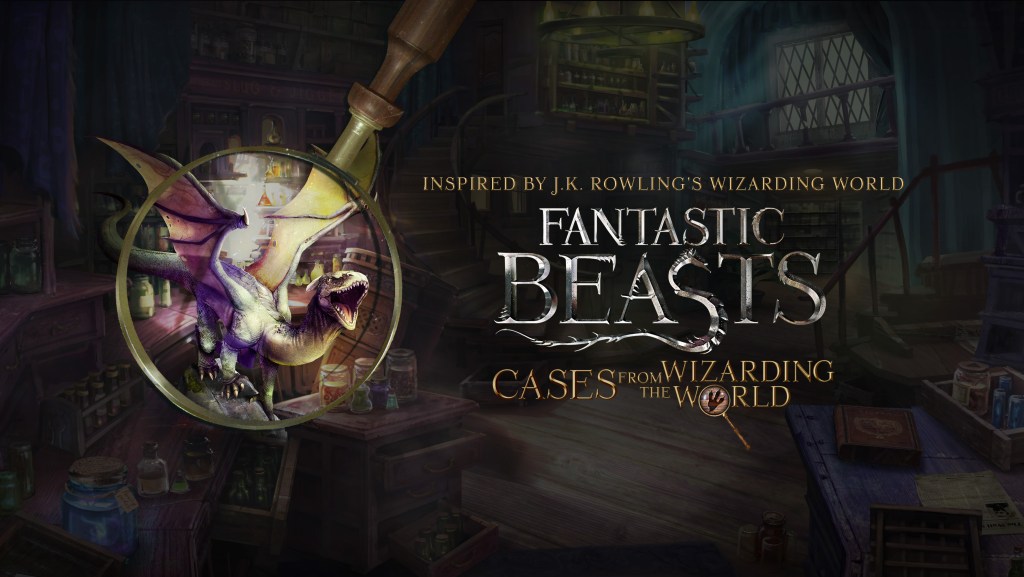 BURBANK, Calif.–(BUSINESS WIRE)–Oct 17, 2016–Warner Bros. Interactive Entertainment today announced Fantastic Beasts: Cases From The Wizarding World, a new hidden objects mobile game inspired by the Harry Potter and Fantastic Beasts films. Launching on November 17, 2016, a day before the theatrical release of Warner Bros. Pictures’ highly anticipated new film Fantastic Beasts and Where to Find Them, the game will be available for download on the App Store for iPhone and iPad and Google Play for Android devices.

Developed by Mediatonic, in partnership with WB Games San Francisco, Fantastic Beasts: Cases From The Wizarding World enables players to delve into the wizarding world as new recruits for the Ministry of Magic, visiting familiar locations like the Leaky Cauldron, Diagon Alley and Hogsmeade while exploring all-new magical mysteries. By discovering hidden objects, analyzing evidence, casting spells and brewing potions, players investigate unexplained happenings to uncover and protect the magical creatures at the center of every mysterious case.

Players are able to share their wizarding world experience with friends and fellow recruits by logging into Facebook to see each other’s progress and lend a helping hand. Fantastic Beasts: Cases From The Wizarding World is free-to-play on the App Store and Google Play.

Warner Bros. Interactive Entertainment, a division of Warner Bros. Home Entertainment, Inc., is a premier worldwide publisher, developer, licensor and distributor of entertainment content for the interactive space across all platforms, including console, handheld, mobile and PC-based gaming for both internal and third party game titles.

J.K. Rowling is the author of the bestselling Harry Potter series of seven books, published between 1997 and 2007, which have sold over 450 million copies worldwide, are distributed in more than 200 territories and translated into 79 languages, and have been turned into eight blockbuster films.

She has written three companion volumes in aid of charity: Quidditch Through the Ages and Fantastic Beasts and Where to Find Them in aid of Comic Relief; and The Tales of Beedle the Bard in aid of her children’s charity Lumos.

In addition to making her screenwriting debut on the film Fantastic Beasts and Where to Find Them, J.K. Rowling collaborated on a stage play, Harry Potter and the Cursed Child Parts One and Two, which opened in London’s West End in the summer of 2016. Harry Potter and the Cursed Child is a new play by Jack Thorne, based on an original new story by J.K. Rowling, Jack Thorne and John Tiffany.

In 2012, J.K. Rowling’s digital entertainment and e-commerce company Pottermore was launched, where fans can enjoy her new writing and immerse themselves deeper in the wizarding world.

Her first novel for adult readers, The Casual Vacancy, was published in September 2012 and adapted for TV by the BBC in 2015. Her crime novels, written under the pseudonym Robert Galbraith, were published in 2013 ( The Cuckoo’s Calling ), 2014 ( The Silkworm ) and 2015 ( Career ofEvil), and are to be adapted for a major new television series for BBC One, produced by Brontë Film and Television.

J.K. Rowling’s 2008 Harvard commencement speech was published in 2015 as an illustrated book, Very Good Lives: The Fringe Benefits of Failure and the Importance of Imagination, and sold in aid of her charity Lumos and university–wide financial aid at Harvard.