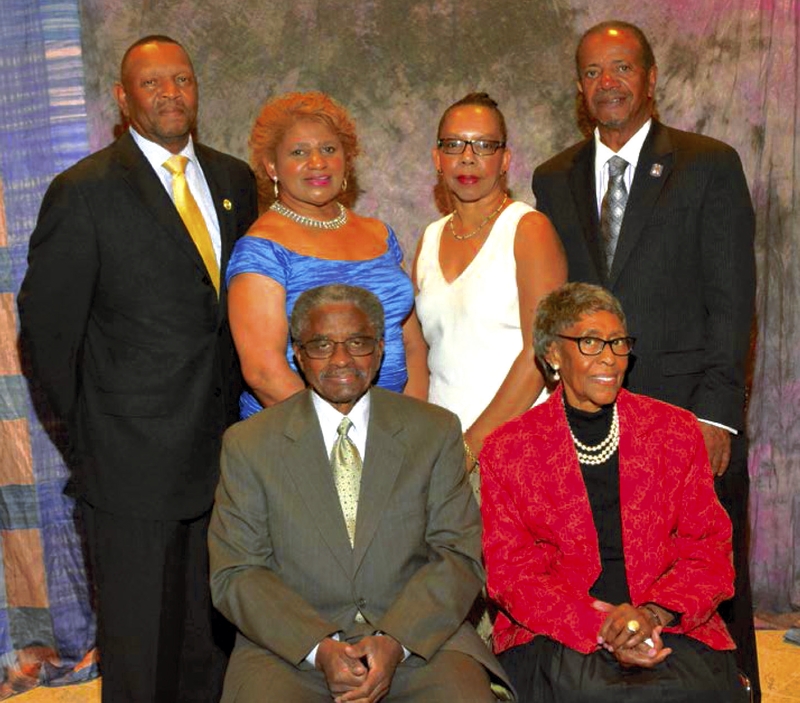 The Kannapolis African-American Museum and Cultural Center, Inc. (KAA-MaCC) celebrated its third anniversary on October 1, 2016 in downtown Kannapolis at the Laureate Center, located at 401 Laureate Way.  There were over 200 guests present who were welcomed by KAA-MaCC’s President & CEO, Jacqueline Anthony.  She also introduced the mistress of ceremony, Ms. Meloney M. Miller, a native of Kannapolis and educated at A. L. Brown High School and North Carolina Central University.  Ms. Miller is a Career Coach with WRAL, a NBC affiliate in Raleigh, North Carolina.

The evening started with the mistress of ceremony engaging the audience to gleefully take a “selfie’’  An invocation, led by Reverend Donald Anthony, pastor of Grace Lutheran Church, Concord, and introduction of the guest speaker, Dr. Kerry L. Haynie, Associate Professor of Political Science of African and African American Studies, Duke University.  Dr. Haynie used as a topic, “The importance of recognizing and preserving local African American history”.  Musical selections were provided by Rebecca Stinson.

The program concluded with remarks from the KAA-MaCC Founder and Board Chairman, Dr. Ruby L. Anthony-White and Jacqueline anthony.  Both thanked the guests for the great attendance and public support.  KAA-MaCC is seeking further public support to build upon the organization’s great foundation and realization of the dream for the museum and cultural center.

Descendants of the late Adolphus and Minnie Morgan Lyerly gathered together on Saturday, Sept. 10 at blue Bay Restuarant, Salisbury, for their annual reunion.

Wes Fulk, president, welcomed everyone and presided over the family business. The following were changes in the family history since last year:

Attending from out of state were Bill and Sandra Jarrett of Orange Lake, Fla. and Gene and Carol Autry of Midlothian, Va.

The community is cordially invited to attend an open house event at South Salisbury Fire Department to be held on Sunday, October 16th, 2016 from 2:00 PM until 5 p.m. This event is in conjunction with Fire Prevention Week. The theme for this year’s campaign is “Don’t Wait – Check The Date! Replace Smoke Alarms Every 10 Years.” We will be offering station tours, fire truck demonstrations, children’s activities, educational booths and light refreshments during the event. We hope you and your family will plan to attend.

David Hagy and the Salisbury Symphony Orchestra are thrilled to announce the “surprise” guest artist who will be performing on the Family Concert next February.  Here’s a hint:  he is a race car driver and son of Richard and Lynda Petty!

Did you know Kyle Petty plays a guitar?  Did you know he composes his own music?  Now you do!  Kyle Petty is a race car driver turned racing analyst who has always carried a passion for music.  A traveling preacher at the race track gave Petty his very first guitar at age twelve.  Petty began writing his own music in high school and found creative influences in such country artists as Johnny Cash and Merle Haggard and singer-songwriters Carole King, James Taylor, Harry Chapin and Jim Croce.  Throughout the ‘80s, Kyle was an opening act for various bands, and now enjoys open-mic night at the Evening Muse in Charlotte, NC.  When not onstage, he can be found on NBC Sports network’s daily NASCAR America show, and beginning in July, on pre- and post-race NASCAR Spring Cup shows on NBC and NBCSN.  Petty lives in Charlotte, NC with his wife, Morgan.  This will be his FIRST performance with a symphony orchestra!

The Family Concert is scheduled for Saturday afternoon, February 4, at 4 PM in Keppel Auditorium at Catawba College.  Other special performers with the orchestra for this concert are the Rowan County Fifth Grade Honors Chorus, members of the Rowan All-County Band, and the Rowan Youth Orchestra.