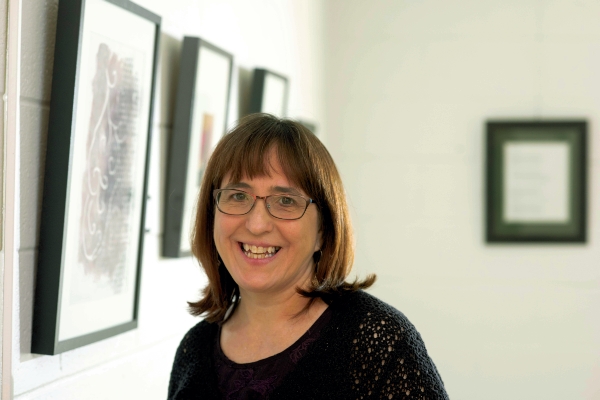 JON C. LAKEY / SALISBURY POST Andi Cantrell is the new executive director of the Center for the Faith and the Arts.

SALISBURY — With a new director in place, the Center for Faith and the Arts is reinvigorating and creating programs to have a greater impact on the community.

Andi Shores Cantrell started as CFA’s executive director in August. She graduated from Hood Theological Seminary in May of 2015 with a master’s degree in theological studies with a concentration in theology and history.

She is also an adjunct professor at Catawba College in the religion and philosophy department. She co-teaches classes with her spouse Dr. Kim Porter.

Before becoming executive director, Cantrell has been a United Methodist pastor in South Carolina, a development director at the American Red Cross and a clinical social worker.

Cantrell said she was most interested in CFA’s mission of using art to connect with the divine, however the divine is defined for different people.

“I’m interested in how art touches the broken spaces in our community,” she said.

CFA is a place for all forms of art to be displayed, from writing to painting to photography.

Cantrell said art is a way to express emotions and experiences that are “too deep for words.”

She worked at the American Red Cross when the terror attacks on September 11, 2001 occurred and witnessed the psychological damage of the volunteers who returned from helping in New York. She said art was an important part of their healing.

“Art is not just fluff,” she said. “Art is something that is very important.”

Cantrell has two daughters who are both involved in a form of art, and Cantrell is a writer herself. She writes poetry, is working on a book and has had shorter pieces published in different publications.

Karen Campbell, chair of the board of directors, said hiring Cantrell as the new director was part of the visioning process done in May to reinvigorate CFA.

She said she want CFA to become a place where the community can gather to share and experience different art forms.

One of those outlets is the “Sorrow: the Art of Dying, Death and Grief” exhibit that features paintings, photographs and 3-D wall hangings around death and grieving.

Nancy Gaines, program coordinator and member of the board of directors, said the gallery had “laid dormant” for a while, so they wanted to revitalize it.

She sent invitations for artwork that expressed the concept of grief and sorrow and pieces came in from all over the state.

For the holiday season, there will be a “Made by Loving Hands” exhibit that will feature work from the Olde Rowan Fiber Guild, along with work from their mothers and grandmothers.

Along with the visual art medium, CFA also has theater group called the St. Thomas Players and, under that umbrella, The Phoenix Readers.

The St. Thomas Players are a more traditional theater group having performed productions such as “August: Osage County,” “A Doll’s House” and “Driving Miss Daisy,” with Lee St. theater as a producing partner. Campbell said the committee that chooses the plays has a philosophy of picking plays that allow “art to speak to life.”

The Phoenix Readers group reads from a script without the need to memorize lines, wear costumes or deal with props.

The gallery and other programs will all focus on the same subject.

“It gives people the opportunity to experience things in different ways,” Gaines said.

CFA also hopes to start new programs and continue current programs that reach out into the community. The Wake Up Leonardo program allows the CFA to help children create contemplative art pieces during after school programs.

They also want to open the facility up to teachers and community members to put to use. Right now, there is a Tai Chi class and a yoga class, but there have been photography classes and contemplative half-day retreats offered out of the facility.

The next major event CFA will have is the Leap of Faith Fundraising Gala next March. There will be a “Through the Looking Glass” theme to make the night about more than just raising money.

“We want to make it a creative experience in and of itself,” Gaines said.

Campbell said CFA aims to reach out to other organizations for opportunities of collaboration.

“She can help make what we envisioned back in May into a reality,” Campbell said.

For more information about the Center for Faith and the Arts, visit www.faithart.org. The facility is located at 207 West Harrison St.