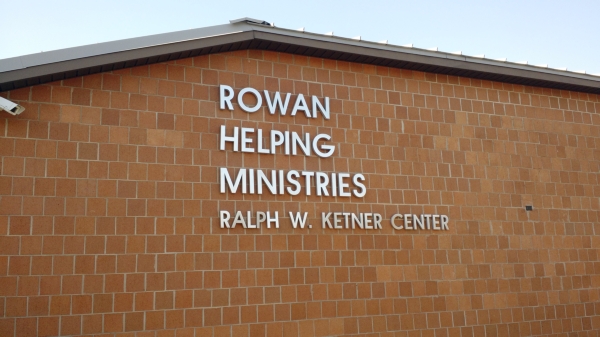 Rowan Helping Ministries is asking for the public's assistance during a recent food shortage crisis.

Ketner’s name is now on what some might call the old homeless shelter, the building on North Long Street that originally held all of Rowan Helping Ministries. That building might not have taken shape if Ketner hadn’t seen the need and decided to raise money for construction. He got the fundraising part done in three days, and in the process raised interest and support for a facility Salisbury sorely needed.

The fact that Ketner embraced the project was pivotal. As co-founder of Food Lion, Ketner was an influential business leader and a supremely practical man — not to mention a genius with numbers. With his stamp approval, no one questioned the need for a homeless shelter and soup kitchen or whether the structure would be built efficiently.

Sunday’s gathering also celebrated the 30th anniversary of Rowan Helping Ministries. When the agency started — picking up what Rowan Cooperative Christian Ministry started — the shelter was a winter-only service that rotated among downtown churches. The soup kitchen was at First Presbyterian Church. Other services were likewise scattered across the community. Bringing all those activities together under one roof was a gigantic step forward.

Last year alone, the agency served 87,827 meals, distributed 695,939 pounds of groceries, provided donated clothes to 10,942 individuals and sheltered 516 people. It also worked to prevent homelessness by giving $886,807 in vouchers to 3,484 households in crises to prevent evictions or utility disconnections, and to provide for prescription medications. The list goes on.

The original building served Rowan Helping Ministries well, but increasing demand for services raised the need for more space. The shelter and soup kitchen have moved across the street to the agency’s new Robertson-Stanback Center, which was dedicated in May 2014. But the old building still holds offices, the Crisis Assistance Network, food pantry and more, and now it is appropriately named for the man who made it happen, Ralph W. Ketner. It is unfortunate that Ketner did not live to see dedication — he died in May — but he lives on in countless acts of kindness and generosity that will benefit the community for years go come.