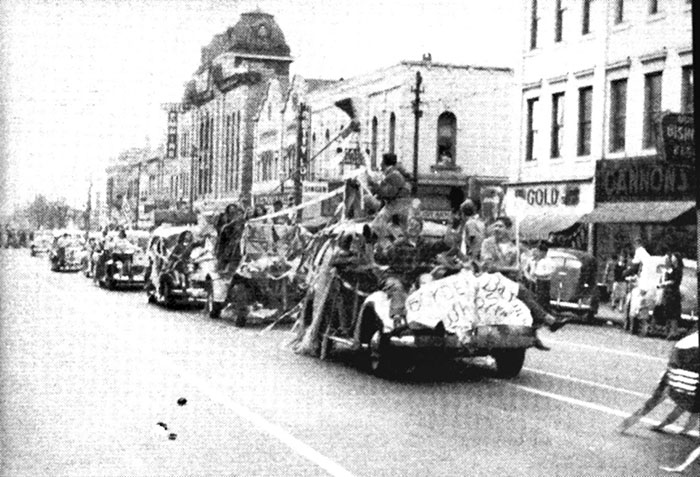 This photograph from the 1946 Boyden High School yearbook, ‘The Echo,’ is not of the highest quality, but besides showing a portion of the school’s 1945 homecoming parade on South Main Street, it also offers a glimpse, in the background, of the Empire Hotel when it still had a much different roofline than the old hotel has today. You might barely be able to make out the ‘Empire’ sign jutting out from the facade of the hotel. Historic Preservation Partners Holdings recently signed a purchase agreement to buy the hotel for $888,000 and redevelop the property for apartments and retail uses. The hotel officially opened as the Boyden House on May 1, 1859, though its construction started in 1855.