The Dart: First and last year as a teacher 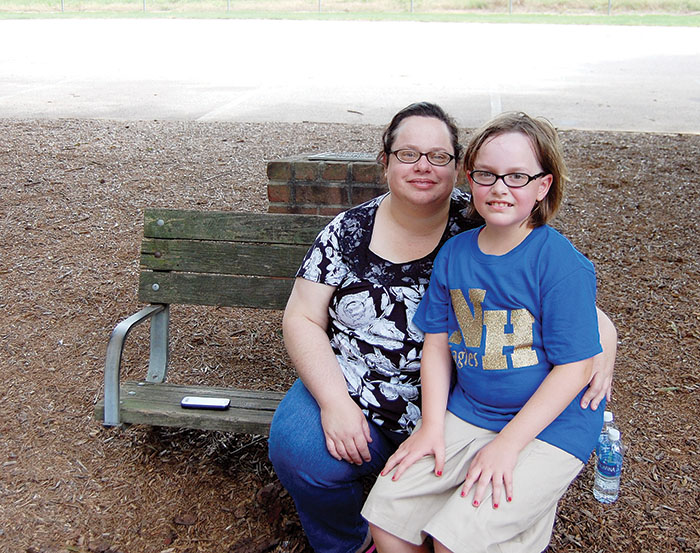 SALISBURY — Margaret Clifford sat on a bench at Ellis Park, watching her daughter Megan and her friends play in the field nearby. The afternoon cloud cover cooled the temperature and Clifford said she was surprised more children were not out that day.

She or her mother bring Megan to the park at least once a week. That day, Megan played with two friends she went to school with at North Hills Christian School —the two children of Susan Wilson, music and chorus teacher at North Hills.

There was a time when Clifford thought she wanted to be a teacher, but a bad experience turned her away from it.

Clifford said while she was working for a bank she felt like God was calling her to teach. So she left her job and went back to school to get a master’s degree in secondary education. Her bachelor’s degree is in mathematics.

She got a job as a remedial math teacher at a local middle school last year. Clifford said that teaching job will be her last.

“I think a more seasoned math teacher would have done a better job, but no one was applying,” she said.

There weren’t any other teachers teaching remedial math in the county that she could turn to for guidance, and remedial teachers in other states did things completely differently.

She did not go into much detail, but she is not looking for another teaching job.

Clifford isn’t sure what she will do next; she said she might want an office job at a school since she liked interacting with the children.

“I really enjoyed the one-on-one relationships,” she said.

She said she liked to see the kids’ different personalities, and she still thinks about some of her favorite students every now and then.

One thing Clifford did learn was there is a significant need for remedial math teachers in public schools. She talked about how some of her students had trouble adding fractions, something they should have mastered in previous grades.

“How are they getting through the cracks not knowing how to do this?” she said, but she doesn’t place all the blame on teachers because she knows how difficult it can be.

She doesn’t regret the time spent getting her master’s degree because it gave her more time to spend with her daughter.

Megan is a fifth-grader at North Hills this year. She said she’s excited about the overnight field trip she will take this year. Clifford said her daughter has never come home with anything lower than As and Bs. And Megan can recite the Lord’s Prayer in Latin, a language she has been taking since the second grade.

Clifford said she knows her daughter is on the right track. As for herself, she is still figuring life out.

“I still don’t know what I want to do when I grow up,” she said with a laugh.