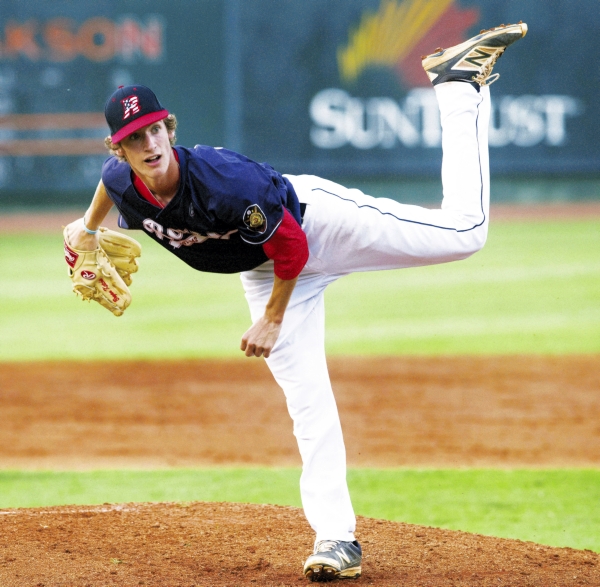 ASHEBORO — Rowan County left-hander Bryan Ketchie did it again on Tuesday.
Ketchie had a shaky relief outing this summer which resulted in his only loss, but he’s been outstanding as a starter. Ketchie struck out six, went the distance and pitched a three-hitter against Randolph County at here last night at McCrary Park, to key Rowan County’s 7-1 victory.
Ketchie pitched around two walks and three Rowan errors.
Ketchie, a West Rowan product who signed with Catawba, is 6-1 this season and 12-1 in his career with Rowan Legion.
Rowan grabbed a 2-0 lead in the best-of-five Area III semifinal series. Game 3 is scheduled for tonight at 7 p.m. at Newman Park. Rowan will be going for a series sweep with southpaw Brandon White the likely starting pitcher. A Rowan victory would put the team in the Area III finals against High Point and would assure Rowan, the defending champs, of a spot in the state tournament.
Rowan (26-8) has won 16 of its last 17 games.
Chandler Blackwelder had four hits, including his 19th double, to spark Rowan’s offense. Rowan beat Brady Wright, who had not lost all season.
Rowan took a 1-0 lead in the first on a run-scoring single by Hunter Shepherd.
Randolph County (24-10) got even in the third on a sacrifice fly.
Rowan’s two-run fourth included a run-scoring hit by Blackwelder. Another run scored on a defensive miscue and aggressive Rowan base-running.
Rowan made it 4-1 in the sixth when Tanner File knocked in a run.
Ketchie pitched out of a two-on jam in the seventh and cruised through the eighth.
In the ninth, Rowan gave him a cushion by tacking on three runs.Shepherd knocked in another run, his 52nd RBI, and Brandon Walton sent a two-run single skipping up the middle.
Ketchie came back out to finish it, and he ended the game with a strikeout.
•••
NOTES: High Point Post 87 finished off a sweep in its series with Greensboro, getting strong pitching from Riley Isenhour and battering Post 53, 11-1, in a mercy-rule game shortened to seven innings. High Point punched its ticket for the state tournament and will take on the Rowan-Randolph winner in the Area III championship series. …