Livingstone alumnus to open US House session with prayer 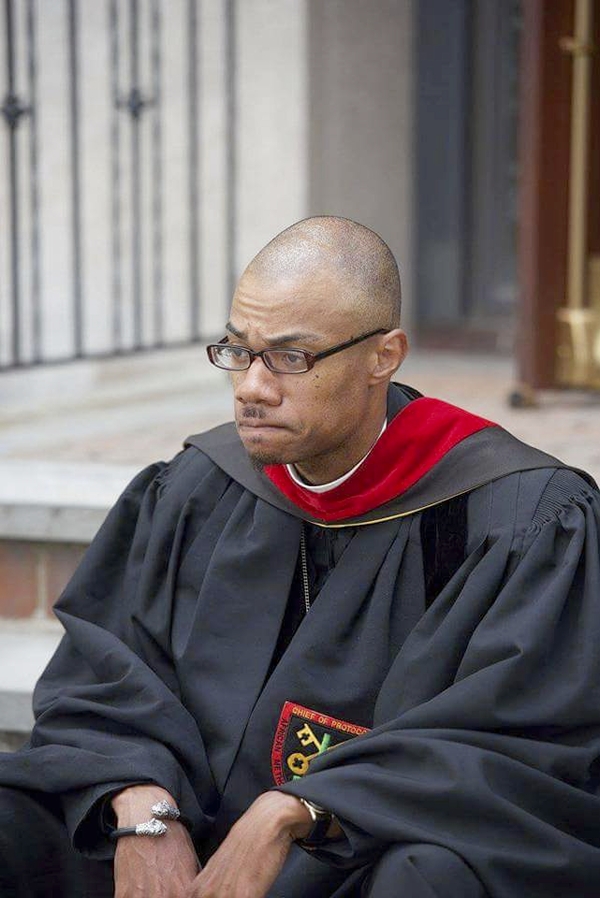 SALISBURY — The Rev. Malcolm Byrd, an alumnus of Livingstone College, will deliver the opening prayer before a session of the United States House of Representatives on Wednesday.

Byrd, a former Student Government president at Livingstone College, was asked to deliver the opening prayer by U.S. Rep. Kathleen Rice, D-N.Y. After the session, he will remain on Capitol Hill to have lunch with a bipartisan group of Congressional leaders.

“I’m very grateful for the opportunity to lead some of our elected officials in prayer at this most pivotal time in our country, and I’ll take advantage of the moment to ask God to heal our nation,” said Byrd, pastor of Jackson Memorial African Methodist Episcopal Zion Church in Hempstead, New York. “We’re in a crisis in the United States, and we need God’s help. We need to bring an end to police brutality. We need to bring an end to violence against police officers. We need to bring an end to crime in the inner cities. We need to become aggressive in the war on drugs. And we also need to implement additional after-school and mentoring programs instead of allocating our resources to build more prisons.”

Last week in separate incidents, police shot and killed Alton Sterling outside a convenience store in Baton Rouge, Louisiana, and Philando Castile inside a vehicle in Falcon Heights, Minnesota. A day after Castile was killed, a lone gunman shot and killed five officers with the city of Dallas and Dallas Area Rapid Transit police departments. Seven more officers and two protestors were also wounded in the shooting.

On July 10, two days after the Dallas shootings, Byrd joined leaders across the country who have held protest marches or services in response to the recent shootings. About 350 people attended an interfaith prayer service at Jackson Memorial, including people from the Islamic and Jewish communities, Earlene Cooper, the highest ranking female in the New York State Legislature, and Hempstead Mayor Wayne J. Hall, Sr. Simultaneously, outside Byrd’s church about 200 youths held a peaceful protest march during the prayer service.

Byrd, 32, attended Livingstone from 2001 to 2005 before transferring to State University of New York at Purchase, where he earned a bachelor’s degree in liberal studies with a concentration in philosophy. He also has a master’s degree in theological studies from the Pacific School of Religion and is completing a master’s degree in theology in homiletics from Princeton Theological Seminary. While at Livingstone, Byrd was president of the NAACP, president of Alpha Phi Alpha Fraternity, Inc. and a student member of the Livingstone College board of trustees.

“Malcolm is a brilliant thinker and visionary,” Jenkins said. “I’m not surprised that others have recognized his talents and have invited him to share in their deliberations. We are proud of him as an ambassador of Livingstone.”