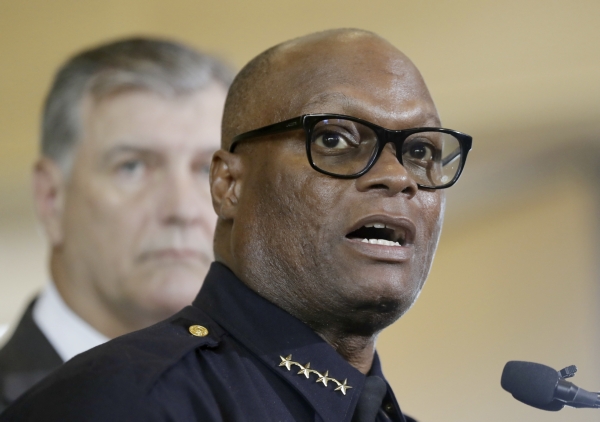 DALLAS — As terrible, heartbreaking events go, this is worse.

The snipers who fired on a protest march did more than kill five officers from the Dallas Police Department and Dallas Area Rapid Transit. They took aim at a city, a region, a state and scored a direct hit.

Americans will share our grief, the pain greater for those who respect the job that the great majority of law enforcement officers perform each day, with danger always near.

The irony is undeniable. The officers were escorting marchers making a statement about the week’s two other awful events, the police-involved shooting deaths under questionable circumstances in Baton Rouge, La., and Falcon Heights, Minn.

In Dallas, it was gunmen reportedly shooting from elevated cover in parking garages. Such an attack required planning, execution and marksmanship. Nothing spontaneous about this.

What leads someone to such ruthlessness, such evil? We ask, and maybe we will find an answer. Never is it satisfying.

Dallas, of all places, was not the likeliest place for this sort of carnage, a reported 11 officers and one civilian shot, even with a historic mistrust of police from some black and Hispanic residents.

For years, Dallas police officials believed they had survived their Ferguson moment, two years before the death and rioting that tore through that St. Louis suburb in 2014.

On July 24, 2012, a white Dallas officer killed a black drug suspect after a foot chase in the Dixon Circle neighborhood of South Dallas. A rumor that James Harper had been shot in the back drew hundreds of furious residents on a typically hot late afternoon.

It’s almost miraculous that angry words were as far as it went. Dwaine Caraway, a Dallas City Council member then, was among the black leaders who preached calm in the crowd; the police who responded, some in riot gear, held their ground and their tempers.

And Police Chief David Brown, in one of his finer moments, held a news conference to dispel rumors and answered every question from reporters. Brown methodically related the facts and said Harper had been shot in the hand and stomach, not the back. A week later, the Dallas County Medical Examiner’s Office confirmed that. In December, a grand jury declined to indict Officer Brian Rowden.

This year, in April, Brown met with top White House officials in Washington to discuss police transparency. His best talking points were the steps his department took after the Dixon Circle shooting. They included enhanced Taser training, a new foot-pursuit policy and notification of the FBI’s Civil Rights Office on all officer-involved shootings.

In 2014, the department created a webpage that detailed year-by-year shootings by Dallas police dating to 2003. In addition to updating that site regularly, the department has added other use-of-force incidents, including when an officer pulls a gun, uses a baton or has to physically take down a suspect.

Nothing requires such transparency from Dallas police. Officials say they hope this information helps reduce the number of physical interactions with suspects.

None of that seemed to matter Thursday night, as Dallas police shifted into crisis mode and prayed for colleagues dead and still fighting for life in hospitals.

Brown commands more than 3,500 sworn officers, who patrol Dallas’ 1.3 million residents spread over 385 square miles. He knows, day after day, that his department is one gunshot, one overreaction, one dubious decision from becoming the next national story.

And even when they don’t, when they do their very dangerous jobs with skill and professionalism, when they run toward the gunfire to keep the rest of us safe, it might not matter. It didn’t Thursday night. And that’s the world we now live in.

Mike Hashimoto is a columnist for The Dallas Morning News.