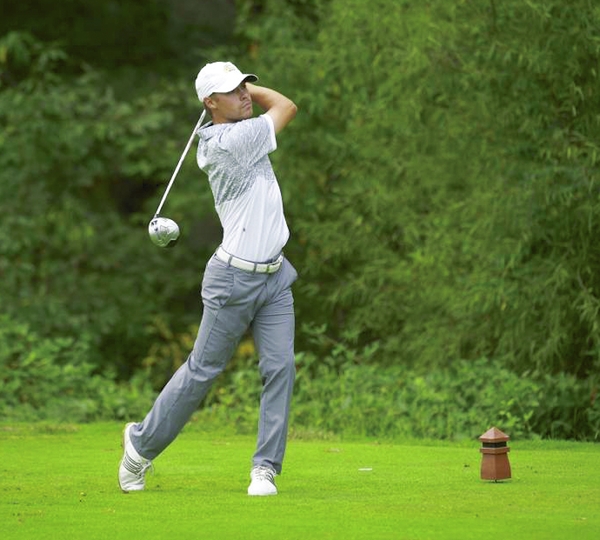 Only three golfers advanced out of the sectional and Edwards, a junior on the golf team at George Mason University, was one of them.

Edwards finished second in the two-day event, carding a 7-under par 65 yesterday, following a round of par on Friday.

Edwards had eight birdies on Saturday and just one bogey. He got on a run on the back nine with birdies on four of five holes. He had a par on No. 11.

On Friday, Edwards had four birdies to offset two bogeys and a double-bogey on No. 8.

Edwards had the best scoring average at George Mason this past season, at 73.27 for 30 rounds and was an All-Atlantic 10 Conference selection. His low round was a 64 at the Old Dominion/OBX Collegiate Tournament last Oct. 25-27.

Salisbury’s Nick Lyerly, a rising senior at East Rowan High School, had a very admirable showing. Lyerly had a 73 on Friday and an even-par 72 yesterday to finish tied for 16th at 145.

The field numbered nearly 100 elite golfers, mostly from the Southeast. The cut-line for the first round was at 78 and 50 golfers competed in the second round on Saturday.

Edwards is the first local golfer to qualify for the U.S. Amateur since Will Collins in 2011. Collins was a standout at Salisbury High School as well, and then had a solid career at the University of Virginia.

Collins turned pro in 2012 and played earlier this year on the PGA/LatinoAmerica Tour. His best performance was a tie for 13th place at the Honduras Open in early May.