David Hagy: Equality under the law at stake for LGBT community 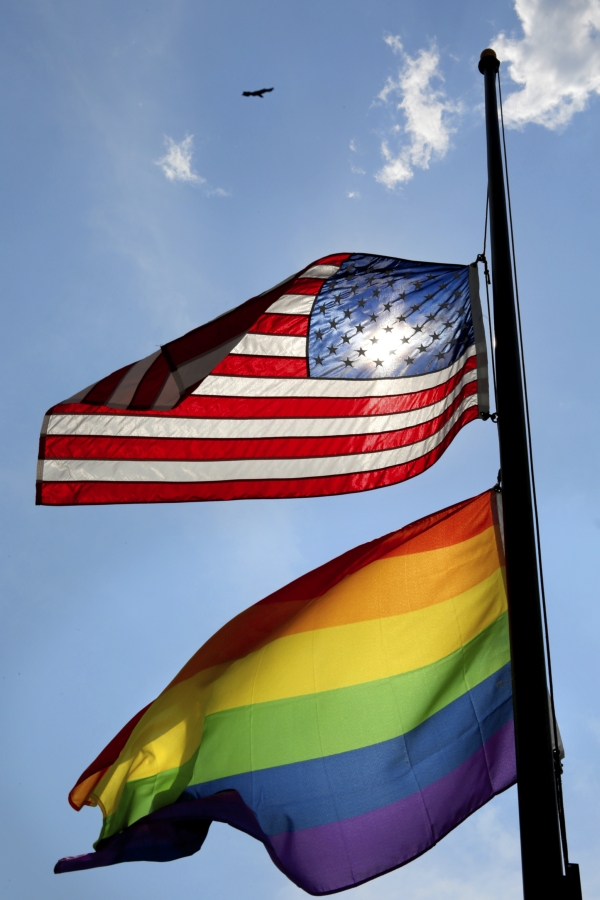 The American and gay pride flags fly at half-staff over the LGBT Community Center of Central Florida after a mass shooting at a gay bar in Orlando. AP photo

Equality, in the sense that LBGT citizens seek, is not being equal to everyone else. Equality, as people fight for it, implies three other words — equality under the law.

Just as those who are heterosexual and born to a physical gender matching their brain gender (non-LBGT) have sought since a drive for equality began, everyone seeks the right to live among everyone else without fear of injury from others. And most of the people I know in the LBGT community want to use their own skills for the betterment of humankind.

Harmony in a community involves understanding that many people within the community are not identical to you and accepting those differences. Through centuries those differences that were accepted did not include being lesbian, bisexual, gay or transsexual, and many cultures killed, maimed or denied other rights by law to these citizens.

Is it any wonder that people in our community who are among the LBGT community want to celebrate, even publicly, at a time when they finally feel they can be somewhat legally safe to live what to them are somewhat normal and happy lives? (Although HB2 is a challenge to that normality!)

As I write this on this most patriotic of holidays, I think that our Founding Fathers meant to create a government that could protect as many of these minorities as possible. Did they know all the various minorities they were trying to protect? No, I don’t think so. They simply felt that a great civilization deserved a chance to try to accept as many minorities as possible as “equal under the law,” giving each the right to life, liberty, and that most scandalous and frightening right of the 18th century, the pursuit of happiness!