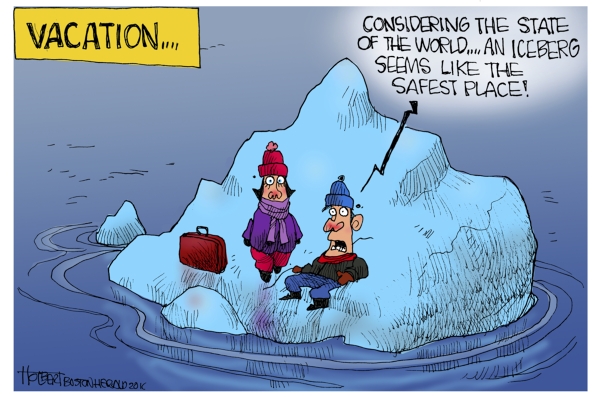 The Salisbury Post continues to misrepresent the objectives of the Paul L. Dunbar Group.

We have provided a description of our business plan to the Post describing plans for the Sankofa Community Center if we acquire the former Rowan-Salisbury School System administration building. Phase 1 of the plan includes space and facilities for the community along with preschool and after-school programs. An educational and recreation summer camp would open in 2017. The Good People Academy has been approved as a private school funded with Opportunity Scholarships at no or minimal cost to families. Space would be leased to public and private operations to offset costs. The community center would provide computer and library access to the community as well as mentoring, training, financial counseling and employment opportunities. The Essie Mae Kiser Foxx charter school would open in 2018 if the charter is approved.

After the article on the school board meeting of June 30 described the objective of the PLDG to only establish a charter school, the reporter was contacted requesting a published correction. The online article subsequently was revised and she apologized for the inaccurate representation of our proposal. There was no acknowledgment in print. My comments on the article were not posted.

The Sunday Week in Review quiz again presents “a charter school” as the correct answer to the question “What would the Dunbar Group like to see in this building?” with “community center” being a wrong answer.

It appears that the Post has decided that a charter school is the only significant element of our proposal and that the wrap-around services and programs that would be available to the children and community are not important enough to warrant a mention.

The writer is responding to a Post editorial, “Protecting young athletes.”

I want to commend the editorial published on June 23 which concerned the health and well-being of student-athletes. As a South Carolina certified athletic trainer for almost 38 years and having worked in the high school setting the entire time, I can assure you that your comments were spot on.

The NATA (National Athletic Trainers Association) and the state organizations have done a good job of educating parents, athletes, coaches, administrators and game officials on the hazards of failure to prepare for various situations.

We no longer have dinosaur coaches who tell the athlete to “rub some dirt on it” or “you just got your bell rung; go back in.” They now know that the athletic trainer and the sports medicine staff are a valuable asset and ally in the care of their players. We know that three- to four-hour practices are not beneficial. We now know that in football there is no need for three three-hour practices per day in August. We now know that full contact in full gear for an entire practice is not practical or needed.

July 1 marked the 100th anniversary of the Battle of the Somme during World War I. The British suffered nearly 56,000 casualties on that first day, including 19,240 dead. Thankfully my grandfather, who fought in that battle, was not one.

By the time it was all over in November, the British had advanced less than a mile over a wasteland of mud and body parts, at a cost of 900,000 killed and wounded on both sides. It was sheer madness, man-made hell on earth created in part by blind patriotism and a naive belief in bellicose, immoral leaders on the quest for empire.

Two Christian nations, both believing in “their” God, slaughtered each other with mechanical efficiency, with little initial thought to taking prisoners.

It is good that we remember what man is capable of, for as the cult of violence, intolerance and xenophobia sweeps across many nations, including our own, it is our duty as citizens to stand firm against those who try to awaken the evil in us, instead of the love and compassion that is at the heart of our being.

I would like to thank Salisbury Pride and everyone who attended the recent Pride Festival. I’ve been volunteering for this festival for years. I’ve been touched to see how much it grows each year. That’s a testament, in part, to the wonderful, welcoming nature that is Salisbury.

The Pride folks brought in a nationally-known country singer, Chely Wright. There were wonderful performers and bands. The event closed with a moving performance by the Triad Pride Men’s Chorus. The event attracted a beautiful rainbow of people, probably more than any previous year.

Every year more people are coming to Salisbury to show their pride and to stand up for equality. They spend the day in our town, dine in our restaurants, shop our businesses and sometimes stay overnight in our hotels. This influx is great for our economy and offers our city the opportunity to make a positive impression. Thank you to all who help make this event a success each year.

As a citizen of Salisbury and a reader of the Salisbury Post, I have been pleased to see the positive coverage Salisbury Pride has received for the festival and other events this year. I would like to commend the Post for covering the news regarding this organization.

After reading the article published June 26 about the festival, I was saddened to see how it seemed to focus more on the politics surrounding the LGBT community rather than the positive impact this event has on our community.

There is no doubt this has been a challenging year for the LGBT community and allies like me. I was impressed that the organizers chose to present an event whose theme was “Believe in Love” and I thank them for putting those words into action for our whole community.

Although Father’s Day and Mother’s Day have come and gone, I think we should salute our parents every day. The child who grows up and becomes a successful banker should thank their parents.

The kid who becomes a successful lawyer should remember the sacrifice of their parents. Their parents were there from day one guiding them with love and encouragement. Our parents took care of us and worked long hours so we could have food on the table.

The absence of the family unit in this country has led to a skyrocketing crime rate and kids who simply will never receive the love from their fathers and mothers. That is why some of our prisons are overflowing with people who simply never were taught right from wrong. So for those of us who still have our parents, be thankful.

In your poll on gun control, you purposely leave out arming everyone in America with a gun. I guess that’s your way of controlling the poll to go in your favor?

Editor’s note: The poll asked readers what should be done to prevent mass shootings, and it allowed participants to choose more than one option.  Results as of Monday, with 1,591 people responding, were:

• Restrictions on individuals known to sympathize with terrorists and/or radical Islam, 51 percent.

• Mental health evaluation and treatment for individuals known to have anger issues, 27 percent.