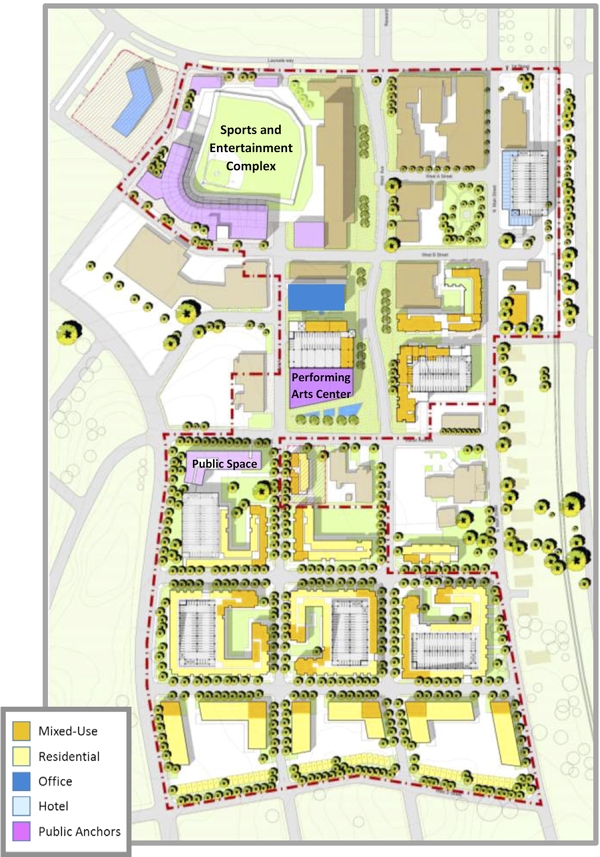 KANNAPOLIS – Nine months ago, the Kannapolis City Council bought 50 acres of downtown property and buildings. Since then, staff and council members have completed a detailed analysis on the current state of the properties and prepared a comprehensive Downtown Master Plan for how to best revitalize downtown.

Once adopted, the Downtown Master Plan will guide the decision making process for projects and investments in order to revitalize the entire downtown.

“Step by step we have worked to thoroughly understand the property we have purchased, research the market for what we need in our downtown, develop a plan to revitalize the downtown over the next decade and analyze the financial costs for our vision of downtown,” said Kannapolis Mayor Darrell Hinnant.

The plan outlines a number of significant “Big Ideas” which research shows are needed and are viable in order for Kannapolis to have a prosperous and vibrant downtown within the next decade. The ideas include:

• Anchors – a sports and entertainment complex and a performing arts center. Anchors are projects that bring significant numbers of people to an area – consistently. Anchors also stimulate spinoff growth in the restaurant, retail and residential sectors.

• Hotel – a boutique hotel would be used by visitors to the area, conference attendees, the North Carolina Research Campus, sports teams and so forth.

• Residential living – condominiums and apartments woven throughout the entire downtown with the highest concentration on the former Plant 4 site.

• Historic preservation – the plan includes saving the most historic block of buildings in the downtown such as the GEM Theatre.

• Retail/restaurant space – a mix of small and large spaces which will offer goods and services but also create entrepreneurship and employment opportunities.

• Plazas – large green spaces that would flow from the north to the south end of downtown. These spaces encourage people to enjoy the outdoors.

• Streetscape – West Avenue would be reconfigured with a curved, tree-lined design that creates more outdoor dining and green spaces. Trees would be preserved and additional trees added.

• Connectivity and livability – sidewalks, bicycle lanes and adequate parking that allows seamless movement between the anchors, office, hotel, campus and residential areas. This creates a feeling of healthy living, community and neighborhood.

The Downtown Master Plan includes a financial analysis which shows the city and its partners investing in the sports and entertainment complex, the performing arts center and infrastructure (streets, sidewalks, parking, landscaping).

Private investors would be sought to invest in the office, residential, hotel and retail/restaurant portions of the plan. The financial analysis demonstrates that for every dollar the city invests, it would see a return of $3 dollars in private investments.

“The plan demonstrates that we can accomplish our goal of revitalizing downtown and create significant new tax revenues for our entire city. Yes, we will need to invest in our city. We must have skin in the game in order to make the revitalization plan a success,” said Kannapolis City Manager Mike Legg.

Council was presented two options for the Downtown Master Plan – the North Option and the South Option.

At the conclusion of the presentation, council unanimously endorsed the North Option, placing the sports and entertainment complex in the north section of downtown, a hotel on Main Street and the performing arts center on West Street.

Residential development will be located in the historic district of the city as well as on the former Plant 4 site.

The next steps in the Downtown Master Plan process will be public information meetings scheduled for 6-7 p.m., June 20 and 29, at Kannapolis City Hall, 401 Laureate Way. The city will also hear more detailed information on the financial analysis for the plan in early July.

The City Council is expected to approve the Downtown Master Plan in late July. City Council is already accepting proposals from developers for the first project in downtown. Known as the Demonstration Project, the residential/retail development would be located near West C Street.

The proposals are due later this month and City Council is expected to choose a developer in July. 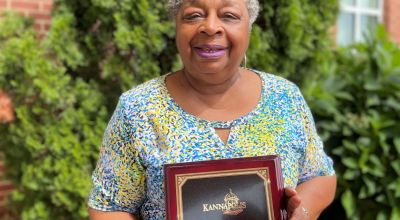