Singing for the champ: Salisbury’s Linda Dillard met and sang for Ali in 1977 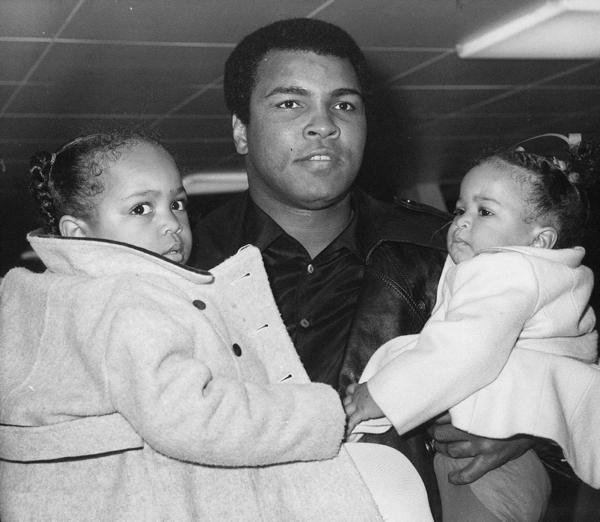 SALISBURY — Not many people can say they sang for Muhammad Ali, but count Salisbury’s Linda Cureton Dillard among those who did.

It happened Dec. 6, 1977, when traditionally black Durham College, a junior college known for its business programs, was dedicating a new gymnasium and naming it the Muhammad Ali Health and Physical Education Building.

Ali, the reigning heavyweight champion, was on hand for the dedication, where Dillard sang the song “The Greatest Love of All” to him. Ali died this past Friday night at age 74.

Dillard, a Salisbury native and a member of the graduating class at Price High School, was in Durham at the time pitching a television pilot. She was 27 and had attended N.C. Central University before graduating from Catawba College.

Dillard had a reputation as a good singer. Back at Price High School, when Dillard was in the seventh grade, school officials changed her lunch hour so she could sing with the senior chorus.

“I was kind of known in Durham,” Dillard said, “and they asked, would I sing for Muhammad Ali?”

Dillard remembers Ali being there with his then wife, Veronica, and several of his children. Nannies also were part of the Ali entourage to keep care of the children, and Dillard said all of the nannies wore mink coats.

After she sang for Ali, Dillard received a bear hug from the champion, and she was able to speak with him, impressed by how intently he listened.

“I was surprised to see how big he was,” Dillard recalled Monday. “He looked like a giant to me.”

She said Ali had “beautiful skin and a charisma about him that was undeniable.” She also described him as “easy on the eyes.”

“But what I really enjoyed was singing for him,” added Dillard, 65, who lives in Salisbury today.

Because of Ali and her getting to meet him, Dillard said she became interested in boxing. She also gave Ali a copy of her television pilot, though the boxer’s handlers weren’t exactly thrilled with that, she recalled.

Still, Dillard came away from the experience thinking Ali was a caring and giving individual who was a good listener.

“I was so impressed with him and so in awe of him,” Dillard said. “He was a great man, and he stood for a lot.”