What should you read this summer? Stephen King and more 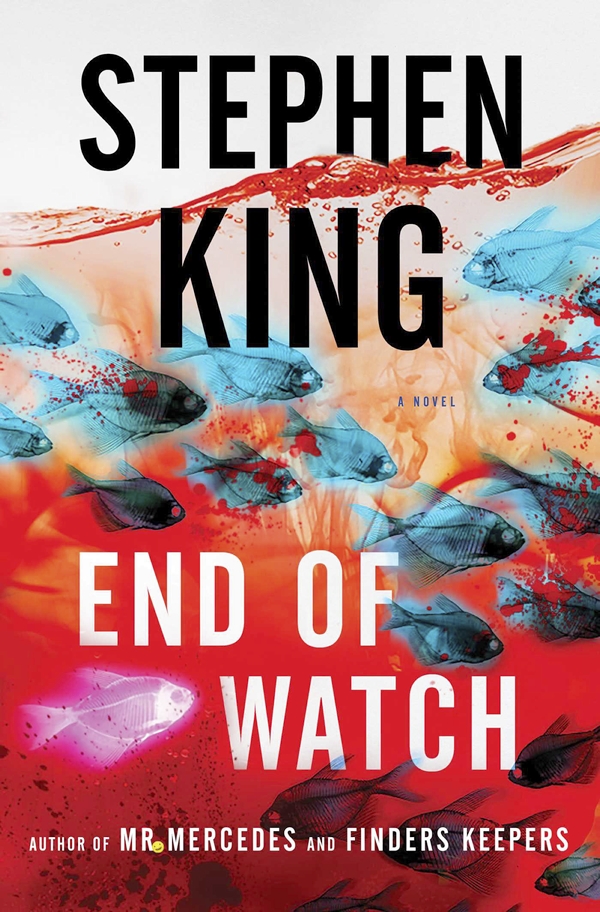 You’ve cranked up the A/C. You’ve made plans for vacation. You’re keeping an eye on the weather report. Must be summer, which means you just might have some time to read. Here are some suggestions to keep you entertained all season long.

“Valiant Ambition: George Washington, Benedict Arnold, and the Fate of the American Revolution,” Nathaniel Philbrick (Out now): Look, you’re not getting tickets to “Hamilton.” If he were alive, George Washington himself couldn’t get tickets to “Hamilton.” Here’s a cheaper alternative: Philbrick (“In the Heart of the Sea”) offers a new look at the first American president and contrasts him with our most famous traitor.

“End of Watch,” Stephen King (June 7): King’s terrific trilogy about a madman who drove a Mercedes into a group of people at a job fair comes to its conclusion. The bad guy in question, Brady Hartsfield, remains in a vegetative state. But his particular brand of terrorism is still unfolding around town, and retired cop Bill Hodges aims to find out why, weak heart and all.

“The Girls,” Emma Cline (June 7): The recipe is irresistible: Late-1960s California, a cult, a charismatic leader — and the girls who fall under his spell. Cline’s novel isn’t specifically about the Manson family, but the horrific true crime echoes throughout its pages.

“Homegoing,” Yaa Gyasi (June 7): The story of two half-sisters born in 18th century Ghana — one married to a wealthy Englishman, the other sold in the slave market — kicks off this multi-generational saga that travels to America and encompasses the Civil War, the Great Migration and the Jazz Age.

“Rich and Pretty,” Rumaan Alam (June 7): Can friendship survive adulthood? That’s the question Alam examines in this smart, enticing novel about two childhood friends in Manhattan — one rich, one pretty — who navigate the ebb and flow of their relationship as young thirty-somethings.

“Barkskins,” Annie Proulx (June 14): We’ll be talking about Proulx’s latest fictional work, but how many of us will read it? Depends on how many of us want a challenge. If you like your lit long, epic and historical, dive into this 700-plus-page behemoth about woodcutters in 17th century Canada, and let me know how it is.

“Pierced by the Sun,” Laura Esquivel (July 1): The author of “Like Water for Chocolate” and “Malinche” returns with a novel about a woman who runs afoul of a corrupt Mexican government and seeks peace in discovering her culture’s old ways.

“Here Comes the Sun,” Nicole Dennis-Benn (July 14): The sun and the seas of Jamaica are beautiful, but there’s a dark side to paradise in Dennis-Benn’s debut, about three women whose village is threatened by a hotel development.

“How to Set a Fire and Why,” Jesse Ball (July 5): Ball’s last novel, “A Cure for Suicide,” made the National Book Award’s long list for fiction in 2015. Now he’s back with an intriguing story about a teenager who joins her new school’s Secret Arson Club.

“The Light of Paris,” Eleanor Brown (July 12): So you can’t afford tickets to Paris (although they’re easier to come by than “Hamilton” tickets). Perhaps the follow-up to Brown’s delightful dysfunctional-family comedy “The Weird Sisters” will cure your stay-at-home blues. It’s about a frustrated wife who creates a special summer for herself in the City of Light.

“Truly Madly Guilty,” Liane Moriarty (July 26): Fans of the best-selling “Big Little Lies” and “The Husband’s Secret” can’t wait to get their hands on the Australian Moriarty’s latest novel. She takes on her favorite subjects once again — marriage, friendships, parenthood — and how they’re plunged into disarray when life goes badly wrong.

“Scream: A Memoir of Glamour and Dysfunction,” Tama Janowitz (Aug. 9): Remember the ’80s? Janowitz (“Slaves of New York”) does, and here she recalls the literary world of that time (think Bret Easton Ellis, Jay McInerney and high levels of excess). Better check this one out: We’re too old to relive it in any other way.