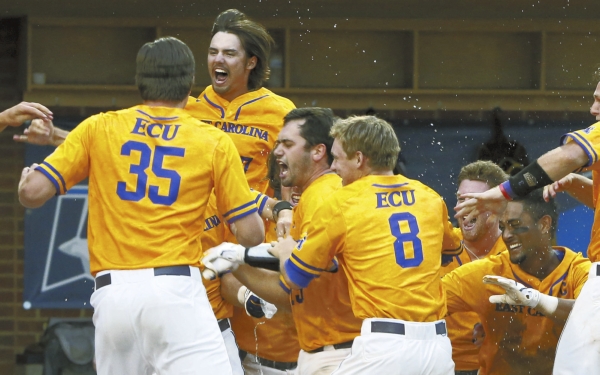 Watkins’ blast off Tommy Doyle (2-6) came after the Virginia closer had already allowed four consecutive hits and a sacrifice in the inning.

The Pirates (36-21-1), who also beat the Cavaliers in two of three games earlier this season, will await the winner of Virginia and William & Mary on Sunday.

The Cavaliers (38-21) got two home runs from Pavin Smith and led 6-3 after scoring twice in the eighth.

But in its final turn, East Carolina, as the home team, strung together four hits to get within 6-5 before a sacrifice put runners on second and third. Watkins then launched Doyle’s third pitch into the left field bleachers.