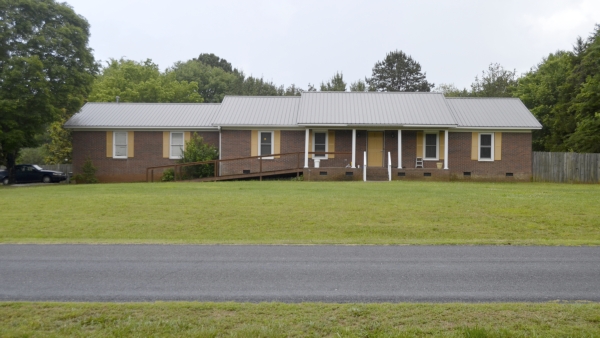 Members of the Rowan County Sheriff's Office Special Investigations Unit, along with the Salisbury Police and SBI responded Tuesday afternoon to this home at 605 Candlewick Drive, just off Mooresville Road, where officials confirmed a meth lab at the home. Neighbors say this is not the first time law enforcement has been to the home. Shavonne Walker/Salisbury Post SALISBURY — The Rowan County Sheriff’s Office has issued a warrant for arrest after a methamphetamine lab bust Tuesday afternoon.

McManus had an April 20 conviction from Rowan Superior Court for possession and distribution of methamphetamine precursors and was placed on probation.

The Candlewick Drive home was searched on Jan. 9, 2015, under suspicion of being a meth lab. During the earlier search, investigators discovered 200 milliliters of methamphetamine oil and precursor materials used to manufacture methamphetamine.  When the 2015 search occurred, McManus was out on a bond from an Aug. 15, 2014, arrest by the Granite Quarry Police Department for possession of heroin and drug paraphernalia.

During Tuesday’s search, investigators located two, one-pot methamphetamine laboratories. One was located in the back yard and another was found in a dog house on the house’s back porch. Investigators found evidence of ongoing methamphetamine production, including lithium batteries, ammonium nitrate, pseudoephedrine, sodium hydroxide and other materials used in manufacturing.

McManus, who lived at the home with older family members, was not present at the residence and is wanted by the Rowan County Sheriff’s Office for charges of manufacturing methamphetamine, possession/distribute of methamphetamine precursors, maintaining a dwelling to keep and sell controlled substances, and possession of drug paraphernalia.

Anyone with information pertaining to McManus’ whereabouts is encouraged to call the Rowan County Sheriff’s Office at 704-216-8700.