Pops at the Post: Salisbury Swing Band back to entertain 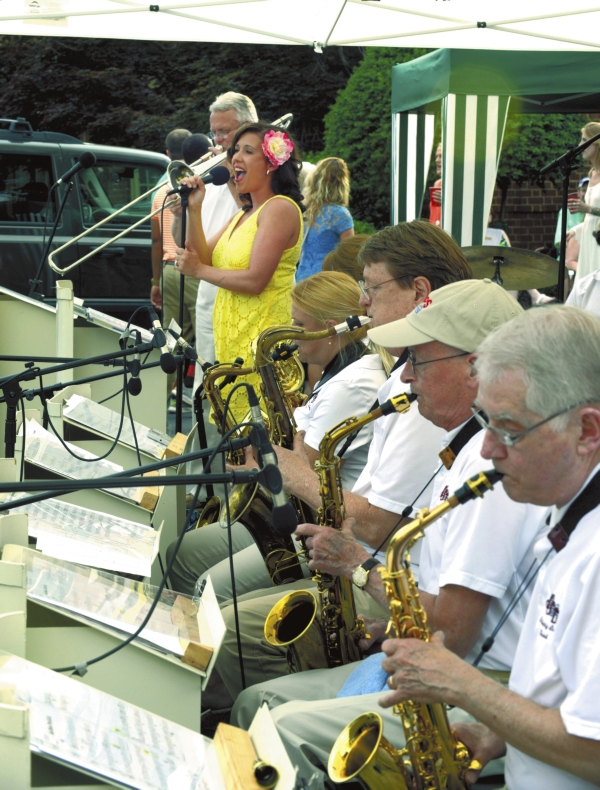 SALISBURY — The Salisbury Swing Band will be back again this year to perform before the annual Pops at the Post concert.

“The band plays all different genres of popular dance music. We want people to go away whistling something,” Etters said. “All of the tunes are very recognizable.”

Etters serves as director of bands and music education at Catawba College. He has been at Catawba since 2000.

Etters not only conducts the band, but also plays the trombone at the same time.

“It took a while to get used to, but I love playing as well as conducting,” he said.

Beginning under the name Catawba Community Band, the Salisbury Swing Band was formed as an “offshoot” to the community group. When the college band grew larger with students, the community members decided to form their own band to continue playing. The band has been together for eight years, having played at Pops at the Post for five years. Today, the band is made up of sections including saxophones, trumpets, trombones and rhythm. The band also features female vocalist Laura Millspaugh.

“Our vocalist sings about 75 percent of what we play,” Etters said.

With weekly rehearsals and “very committed members,” the band is available for events within a 100 mile radius of Salisbury. The band usually plays for private events, such as weddings, fundraisers, and nursing homes, to name a few.

“Pops at the Post is a way for the band to reach out to the entire community,” Etters said. “We love playing and entertaining.”

Salisbury Symphony executive director Linda Jones said that having the swing band play at the concert ‘adds joy to the day.’

“For anyone who likes music, the band is wonderful to listen to. People can dance or just sit and enjoy,” she said.

The band will be playing two sets for the concert, beginning at 5 p.m. and lasting until 7 p.m.