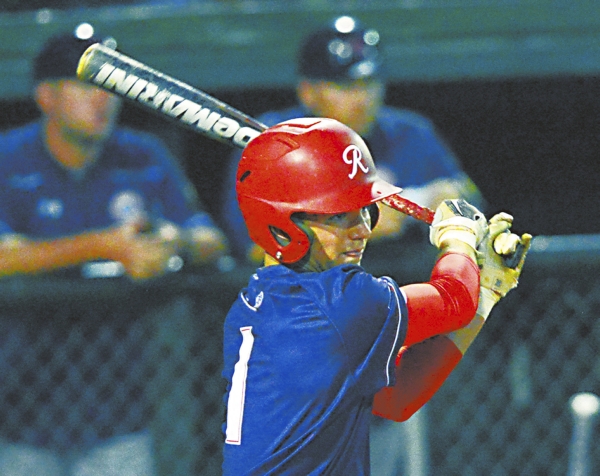 KANNAPOLIS — Baseball can be humbling, and Rowan County’s American Legion team went from world-beaters to bottom-feeders in a matter of hours at Saturday’s Spring Fling, hosted by the Kannapolis Legion team at Northwest Cabarrus High.
With Jim Gantt in Cary as one of the coaches committee members for the NCAA Division II World Series, Seth Graham directed Rowan.
Rowan could do no wrong in wiping out Cherrvyille, 10-0, in the afternoon, but didn’t do much right while being pounded, 11-5, by High Point, in the evening. That one wasn’t as close as it sounds. For all practical purposes, it was over after High Point scored seven runs on eight hits in the bottom of the first inning.
At the end of the day, Rowan stood 3-3 for the season and was looking forward to a day off today.
Rowan will practice Monday and will return to action at Newman Park against Greensboro at 7 p.m. on Tuesday.

Rowan 10, Cherryville 0
Cherryville (0-2) was short-handed with Cherryville High still in the 1A state playoffs. Coach Bobby Reynolds expects to add seven players from Cherryville. He dressed 12 players on Saturday, including a few call-ups from the Junior Legion squad.
Rowan got four shutout innings on the mound from Brandon White and two more from Nathan Hill in a contest that Rowan ended via the 10-run rule in the bottom of the sixth.
“I know they didn’t have all their guys yet,” Graham said. “But it’s still Cherryville. They’ve got a lot of tradition, and sometimes you can beat people with tradition.”
Cherryville’s Reynolds also is the coach of the East Rutherford High team that pounded White and North Rowan from the 2A state playoffs in the first round.
“I knew their coaching staff knew me and then their first two guys got hits off me,” White said. “But I got through that first inning without any runs, and then Coach (Russ) Weiker helped me change a few things. I made some adjustments and they worked well. I was more efficient after the first inning.”
Cherryville had the bases loaded in the first, but the inning ended when Rowan catcher Trevor Atwood tagged out leadoff man Matt Bumgarner trying to steal home. Chandler Blackwelder turned a line drive to center in the second inning into a leaping catch and a double play. Then White rolled through the third and fourth innings.
“The defense was playing well behind me,” White said. “Then we got those runs early and got the lead. That settled me down.”
Rowan first baseman Hunter Shepherd is seeing the ball and hammering everything he sees.
He had two strikes on him when he smashed a curveball off the right-field fence for a double in the first inning, missing a homer by about a foot. Then he belted a fastball over the barrier to lead off the third for his second homer of the season.
“That homer was on a 3-1 pitch,” Shepherd said. “When you can work into a favorable count, you’ve got a pretty good idea what pitch you’re going to get. I was looking for one pitch in one spot, and I got what I was looking for.”
Rowan’s situational hitting was sharp in the bottom of the second. Hits by Lee Poteat, Atwood and Seth Cauble set up sac flies by Brett Graham and Blackwelder, and Rowan took a 3-0 lead.
Shepherd’s solo homer triggered a four-run third that made it 7-0. Brandon Walton ripped a run-scoring single, while Atwood lofted a sac fly.
Hayden Setzer and Noah Gonzalez came off the bench for pinch-hit doubles in the fifth to push the lead to 8-0.
In the sixth, another run-scoring hit by Walton made it 9-0, and the walk-off run scored on a passed ball.
“It was a game good game for us,” Graham said. “Our pitchers threw strikes and we had another good defensive game.”

High Point 11, Rowan 5
High Point (2-1) sends impressive hitters to the plate, and Rowan right-hander John Owen, a dominant pitcher for East Rowan during the recent high school season and the South Piedmont Conference Pitcher of the Year, was knocked out before the first inning was in the books. High Point sent 11 men to the plate in the bottom of the first and scored seven times. Matt Stanley had a two-run single.
Graham turned to a procession of hurlers — Colby Myrick, Joe Harrison, Noah Gonzalez, and finally, Olen Stamper — trying to find an answer.
Stamper allowed a solo homer to Ryan Caveness, but he was the most effective Rowan pitcher. He entered in the third inning and was able to finish.
Evan Edwards, who plays at USC Lancaster, went 4-for-4 for Post 87.
Rowan got three hits in the third — singles by Shepherd, Walton and Poteat — but failed to score against High Point hurler Riley Isenhour.
Isenhour pitched five innings and notched the win with relief help from Charlee Edwards.
The highlight for Rowan was a two-run homer in the second inning by Blackwelder, who didn’t homer during his high school season at East Rowan. That long ball briefly pulled Rowan within 7-3 and provided temporary hope.
Poteat’s double and Tanner File’s single were hit solidly in the fifth and produced Rowan’s final run.

Cherryville 7, Kannapolis 3
A homer by South Rowan’s Blake Johnson gave Kannapolis a 3-2 lead late, but Cherryville took advantage of defensive mistakes to rally.
The big blow for Cherryville was a three-run homer by Robbie Cowie.
The victory was the 712th Legion win for Reynolds and his 622nd at the helm of Cherryville.