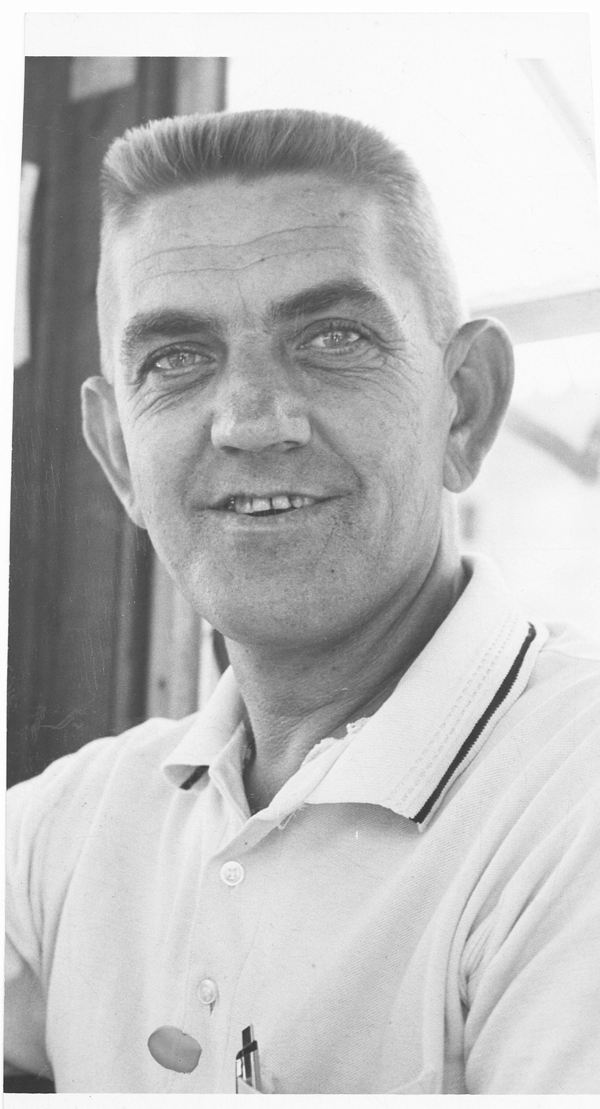 Salisbury Post file photo... Alvin Kluttz during the 1960s when he was head of the sanitation department for the City of Salisbury.

Alvin Kluttz: Lying on the battlefield for hours … Part 2

In recognition of Memorial Day weekend, the following is the second of a three-part article about the late Alvin Kluttz, who was heroic on the battlefield and baseball diamond.

On Dec. 16, 1944, 200,000 German troops supported by five armored divisions made an unexpected attack in the Ardennes Forest, well to the north of Strasbourg. While it was officially the “Battle of the Ardennes Forest,” the media called it the “Battle of the Bulge” because the battle maps showed the German surprise attack in the dead of winter had created a large bulge in the American front.

On Dec. 31, the Germans launched a lesser but equally unanticipated offensive near Strasbourg that would change Alvin Kluttz’s life. This was Operation Northwind, the last German offensive of the war, and the thin American and French lines were initially overwhelmed.
For a while, it was rifles against tanks.
A strapping fellow, Kluttz toted a Browning Automatic Rifle for his squad. Known as a BAR, this was a portable machine gun weighing about 20 pounds.
Very early on the morning on Jan. 6,1945, Kluttz’s company was on the move. The soldiers crossed railroad tracks and entered an open, snow-covered field 200 yards wide. That’s where they were ambushed by mortar and machine gun fire from wooded areas that had been scouted and were supposed to be empty of Germans.
Kluttz’s fateful orders were to take out the machine gun on the far right and he wormed his way, crawling on his stomach for 150 yards to get in position. When he reached behind him for an ammunition clip, a bullet ripped through the bone of his upper arm and the impact knocked him backwards several yards. He lay alone in the snow for several hours. The Germans bombarded the open field with artillery for 43 minutes — a still conscious Kluttz timed it on his watch — and a shell exploded close enough to send 48 pieces of shrapnel ripping through two separate wounds in his chest.
When darkness arrived, Kluttz managed to stagger toward the American lines. He collapsed next to a dead comrade. Eventually he heard a voice calling out in English. It was his platoon leader, a lieutenant from Colorado, and after miles of anguished walking, they reached an aid station. Next, Kluttz found himself in a field hospital packed with wounded American, French and German soldiers.
When he was interviewed years later, Alvin remembered the soup and the morphine and tetanus shots he received in that field hospital.
Doctors did their best to save his arm, operated on his chest wounds and removed 27 of the 48 pieces of shrapnel. The other 21 stayed inside him.
There were additional hospital stays in Paris and England, and Kluttz talked a nurse into writing to the Cardinals for him to see if they might have a job for him somewhere when he got home.
Alvin returned to the states on a hospital ship, and there would be more operations and more long hospital stays in New York and Georgia.
He got married on June 9, 1945, and he was honorably discharged from the service on Oct. 6.
The most amazing thing about Alvin is his baseball career didn’t end in that field in France. Far from it.

Tomorrow: Kluttz gets back to baseball and then becomes a basketball official.

Alvin Kluttz: Rowan hero on the battlefield and baseball diamond

In recognition of Memorial Day weekend, the following is the first of a three-part article about the late Alvin Kluttz,... read more