Editorial: ‘Ferguson effect’ too simple an answer on crime 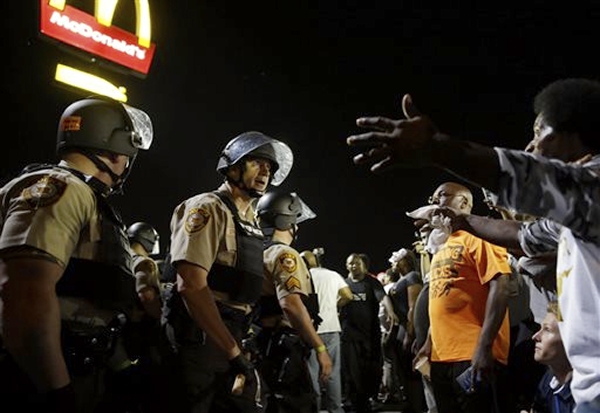 Is the “Ferguson effect” driving crime up in the nation’s big cities — and even in Salisbury? Some experts believe so, but more complicated forces probably lie behind this violent trend.

The theory is that the police killing of Michael Brown in Ferguson, Mo., and other young black men in incidents across the country led to such scrutiny and criticism of law enforcement that three trends followed: The public became hostile toward law enforcement, officers backed away from proactive policing and, as a result, crime spiked.

The last link in that chain appears undeniable. In the first quarter of this year, the nation’s 63 largest cities saw homicides increase 9 percent and nonfatal shootings rise 21 percent, according to a Major Cities Chiefs Association survey. Those statistics came on top of substantial increases in 2015. And in a small city like Salisbury, five homicides have taken place so far this year, compared to three by this time in 2015.

“There’s a perception,” FBI Director James Comey said recently, “that police are less likely to do the marginal additional policing that suppresses crime — the getting out of your car at 2 in the morning and saying to a group of guys, ‘What are you doing here?’ ”

Whether that perception is accurate is hard to tell. Salisbury is in a unique situation apart from national trends. The Police Department is severely undermanned. Once City Manager Lane Bailey hires a new chief, that person can set about filling the ranks. Officers are far more likely to join the department if they know who their boss will be. That’s not to say having a full roster would have prevented this year’s killings in the city. But a force stretched thin can only do so much, especially when witnesses refuse to talk and the demands of the job continue to mount.

Rowan County Sheriff Kevin Auten believes gangs and the heroin trade lie behind much of the violent crime seen here. As for increased hostility toward law enforcement, Auten doesn’t buy the Ferguson effect. He says the attitude is part of the general deterioration of society. “People are disrespectful and less disciplined than in the past,” Auten says. They tend to argue more, comply less and act rebellious and brazen, he says. They’re more self-centered and less concerned about others. And they are part of rising crime rates.

The FBI director, speaking in Birmingham on Wednesday, said the causes behind the crime spike most likely are many, and a national conversation is needed. “It’s not a national security issue in the way that terrorism is,” Comey said, “but it’s a national issue involving a whole lot of people of color who are dying who were not dying two years ago, and we’ve got to do something about it.”

Blaming the Ferguson effect for the current crime wave is too easy and sells law enforcement short. No one wants to stop crime more than the professionals who dedicate their careers to protecting the public.