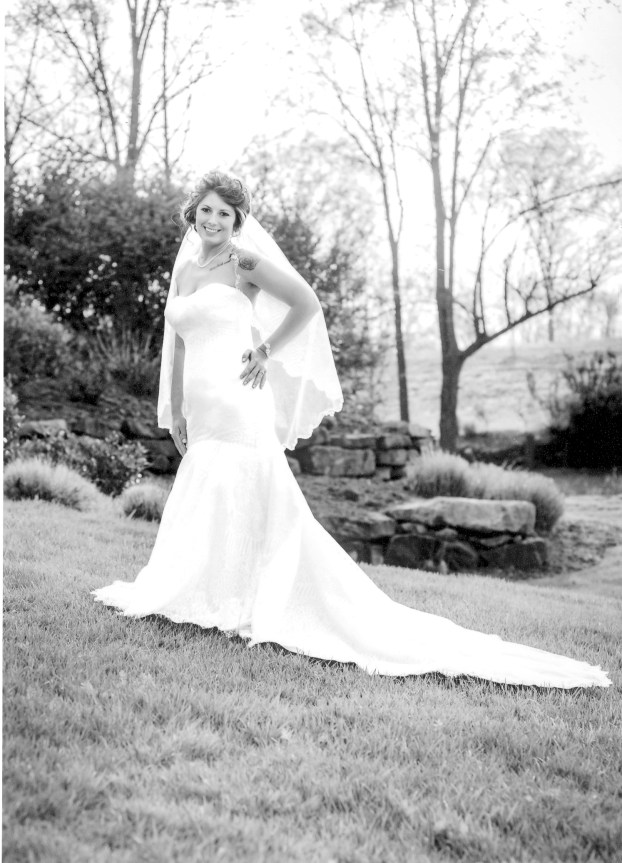 Shaina Marie Freeze and Jeremy Alec Vail, of Salisbury, were united in marriage April 16, 2016 at the Arbors Events in Cleveland. Pastor Carroll Robinson officiated the 5:30 p.m. ceremony. A reception followed.
The bride was escorted by her father, Ricky Freeze. Attending as her maid of honor was Markie Gallimore of Woodleaf. Matron of honor was Alyssa Duggan of Okinawi, Japan. Bridesmaids were Jessica Beck of Salisbury; Ashley Whitaker of Granite Quarry; Sarah Swicegood of Salisbury; and Milea Pena of Fairmont, W.Va. Flower girl was Averie Littleton of Woodleaf.
Best man was Matthew Vail of Spencer. Groomsmen were Mat Benjamin of Salisbury; Justin Crews of Salisbury; Tyler Freeze of Salisbury; and Shane Karriker of Woodleaf. Junior usher was Hayden Vail. Ring bearer was Logan Vail. The bride is the daughter of Ricky and Sandi Link Freeze of Salisbury, and the granddaughter of Larry and Shirley Freeze of Salisbury and Dave Hincemon, the late Laura Shuping Hincemon of Salisbury and the late James Hal Link. A 2007 graduate of Jesse C. Carson High School, Shaina graduated from the University of North Carolina at Charlotte in 2013 with a Bachelor of Arts in Sociology. She is employed with Partners in Learning of Salisbury.
The groom is the son of Steve and Jody Vail of Spencer and the grandson of the late Jack and Frances Vail of Spencer and the late Albert and Ruth Ellison of Greer, S.C. A 2001 graduate of East Rowan High School, he graduated from Rowan-Cabarrus Community College.
Following a honeymoon in Hilton Head, S.C., the couple are making their home in Salisbury.

Patty and Jay Knox of Concord and Fred and Lisa Price of Auburn, Ind. are pleased to announce the engagement... read more