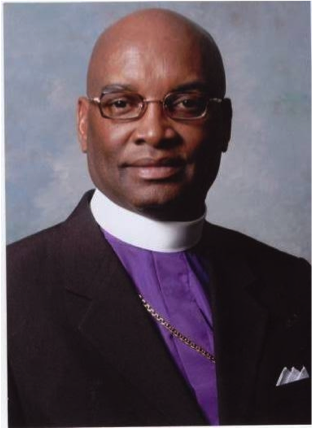 Years ago he was bestowed the Order of the Long Leaf Pine by former North Carolina Governor Jim Hunt, the highest award given to North Carolinians.

Last month Battle was honored again – this time by the National Action Network. Founded in New York City in 1991 by the Rev. Al Sharpton and a group of activists, the National Action Network is one of the country’s premiere civil rights organizations. During its annual convention April 13-16, attended by about 7,000 delegates, Battle was given the organization’s William Augustus Jones Award for Social Justice.

“This award is a direct legacy award to the life and legacy of Dr. Martin Luther King Jr.,” said Dr. Franklyn Richardson, chairman of the board of National Action Network and chairman of the Conference of National Black Churches. “It was given to Bishop Battle as a tribute to his extraordinary voice and leadership over a long time on behalf of marginalized people and people who are discriminated against.

“Bishop Battle has given his life to helping others,” Richardson continued. “Some of the people who preceded him in getting this award are Fred Shuttlesworth, Rev. Joseph Lowery, Rev. Dr. Otis Moss, III and Hazel Dukes. The people who have been honored with this award are phenomenal, and it’s a great legacy of leadership of which he’s now a part.”

Battle is the first African Methodist Episcopal Zion minister in the country to receive the award, given at the annual William Augustus Jones Memorial Luncheon. About 500 people attended the ceremony, which was held at the Sheraton Hotel in New York City. Father Michael Pfleger, a Roman Catholic priest and social activist out of Chicago, delivered the keynote address.

During the ceremony, Battle was given a glass plaque on which was inscribed one of King’s famous quotes, “Injustice anywhere is a threat to justice everywhere.” Battle was moved by the honor.

“I’ve been given numerous awards over the years, but this award is very special to me because of what it represents,” Battle said in an interview after the ceremony. “In Matthew 25:40, the Bible talks about the importance of helping others when it says, ‘The king will reply, truly I tell you, whatever you did for one of the least of these brothers and sisters of mine, you did for me.’ Likewise, I grew up hearing my mother, Mary Battle, say that we should always be mindful of helping others, those less fortunate than us. Throughout my life I’ve tried to heed her words and the words in Matthew 25:40, so when I was notified that I was going to be the recipient of the William Augustus Jones Award for Social Justice, I was really touched. I’m very appreciative of the National Action Network for so honoring me, and to God be the glory.”