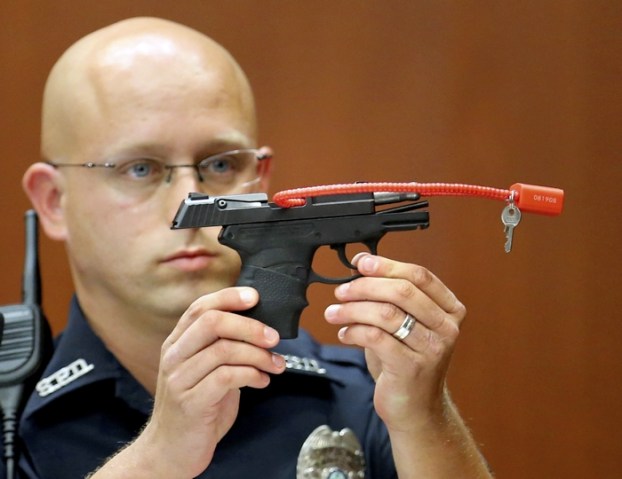 It was not enough just to kill Sam Hose. No, they had to make souvenirs out of him.

Hose was an African-American man lynched by a mob of some 2,000 white women and men in 1899 near the town of Newman, Ga. They did all the usual things. They stabbed him, castrated him, skinned his face, mutilated him, burned him alive.

Then they parceled out pieces of his body.

You could buy a small fragment of his bones for a quarter. A piece of his liver, “crisply cooked,” would set you back a dime. The great African-American scholar, W.E.B. DuBois, reported that Hose’s knuckles were for sale in a grocer’s window in Atlanta.

No, it wasn’t enough just to kill Sam Hose. People needed mementos of the act.

Apparently, it wasn’t enough just to kill Trayvon Martin, either.

Granted, it is not a piece of the child’s body that was recently put up for auction online by the man who killed him. George Zimmerman is offering “only” the gun that did the deed. But there is a historical resonance here as sickening as it is unmistakable.

Once again, a black life is destroyed. Once again, “justice” gives the killer a pass. Once again, there is a barter in keepsakes of the killing.

Sam Hose was not unique. People claimed hundreds, thousands, of trophies from the murders of African Americans. They kept bones. They kept sexual organs. They kept photographs of themselves, posed with mutilated corpses. It happened with the killings of Thomas Shipp, Abram Smith, Rubin Stacy, Laura Nelson, Claude Neal and too many more to count.

So perhaps we shouldn’t be surprised to see it happen with Trayvon.

And someone will say, yes, but isn’t there a lively trade in all sorts of murder memorabilia? One website alone offers a signed postcard from Charles Manson, a letter from Jeffrey Dahmer, pictures of Ted Bundy. So how is this different?

Funny thing, though: All those men went to prison for what they did.

Zimmerman did not. Initially, authorities couldn’t even bring themselves to arrest this self-deputized neighborhood watchman who stalked and shot an unarmed boy four years ago near Orlando.

Not that it mattered much when they did. Zimmerman went to court, but it was 17-year-old Trayvon who was on trial. A nation founded, rooted and deeply invested in the canard of native black criminality very much needed to believe Zimmerman’s improbable tale of self-defense, very much needed to find a way for the boy to be guilty of his own murder.

And so he was.

And the marketing of the gun that killed him by the man who pulled the trigger does not feel like simply another example of flagrantly bad taste. No, it feels like a victory lap on a dead boy’s grave. It feels like America once again caught in its own lies.

“We hold these truths to be self-evident, that all men are created equal”? No we don’t.

“…with liberty and justice for all”? No, there is not.

One is left breathless, not just with anger, not only with frustration, not simply with a sense of betrayal but also with a grinding fatigue at the need to, once again, ride out an assault on the basic humanness of African-American people.

Like Sam Hose, Trayvon Martin was “thing-ified,” made into something not his singular and individual self, made into an all-purpose metaphor, the brooding black beast glaring through the night-darkened window of American conscience. And like Sam Hose his murder is now commodified, made into a trophy for display in someone’s den.

African-American life is thereby —again — debased, and the nation, shamed. So when this thing is sold it really won’t matter who writes the check.

We all will pay the price.

Leonard Pitts is a columnist for The Miami Herald. Readers may contact him via e-mail at lpitts@miamiherald.com.

Patrick Gannon: Other voices on HB2

RALEIGH — As you form your own opinions about House Bill 2, you’ve probably heard from LGBT activists. And you’ve... read more