Yesterday: A passenger train derailment in 1977 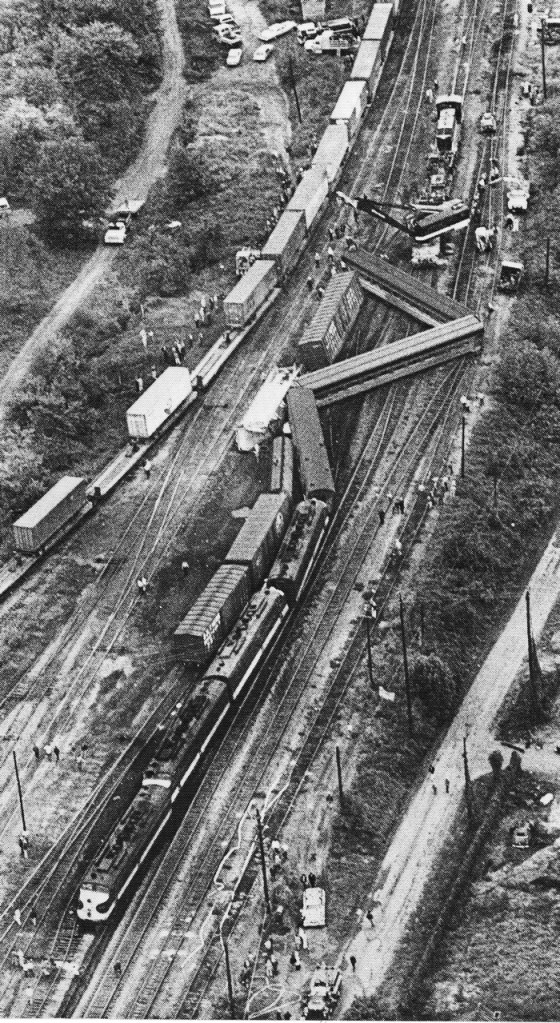 This photograph from the Salisbury Post files offers an aerial view of a passenger train derailment that injured 16 people in the early morning hours of Oct. 8, 1977, in Spencer. A Southern Railway passenger train with 138 people aboard derailed and hit a parked freight train in the Spencer Yard just south of the Burdette Bridge in Spencer. No one was seriously hurt, though three of the passengers suffered fractures, including a broken leg and spinal injuries. Most of the people injured had Washington and Atlanta addresses. The Southern Crescent train was southbound from Washington to Atlanta with 10 passenger cars. It jumped the tracks as it was entering the yard, and four of the cars were tossed much like a wrecked toy train. The aerial photograph was taken about eight hours later. The passenger train’s four engines were still on the tracks and connected to a derailed baggage car. Two of the derailed passenger cars are forming the ‘V’ in the photo. Some of the freight cars hit are to the left, including a tilted chemical car, a grain car on its side and a tilted freight car. A crane is being used to clear the wreckage. At far left, a freight train moves past the wreck site.