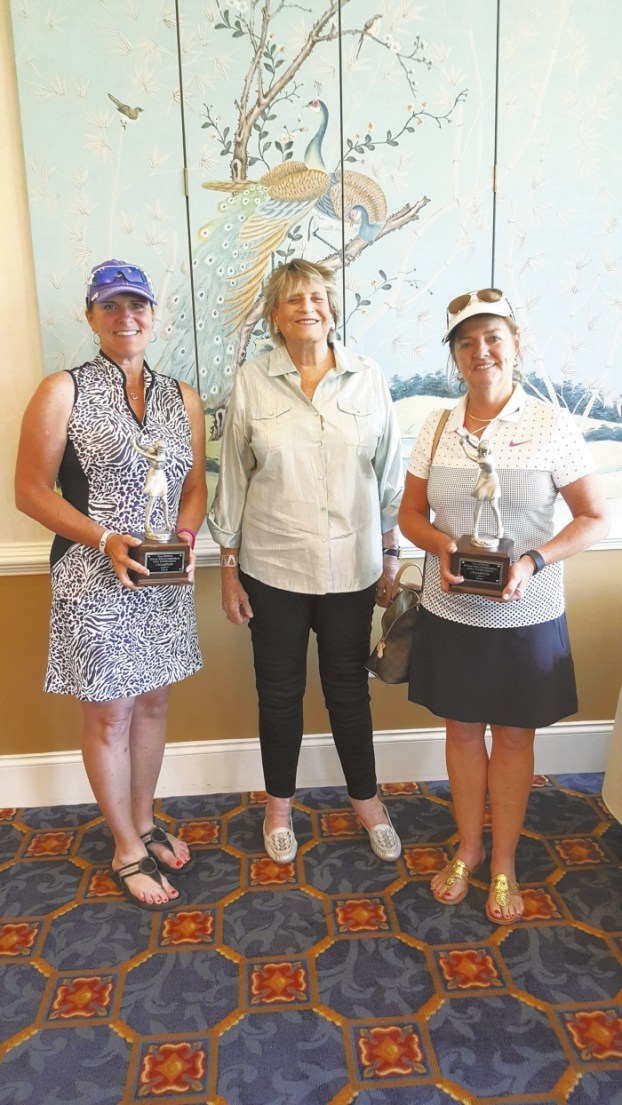 submitted photo ... Winner of the 35th Annual two-day Edgar Welch Memorial Golf Tournament, played at Corbin Hills and the Country Club of Salisbury, was the team of Mechelle Kuld, left, and Cindy Carmazzi, right. Ann Welch Stuart, daughter of the late Edgar Welch, center, presented the trophies to the winners.

The two-day event concluded yesterday at the Country Club of Salisbury, after Tuesday’s first round at Corbin Hills Golf Club.

Ann Welch Stuart, daughter of the late Edgar Welch,  presented the trophies to the winners.

Other winners in the tournament were the team of Treva Honeycutt and Sharon Miller with second low net and third low net went to the team of Tammie Drew and Susan Houston.

The fourth low net went to the team of Linda Reams and Norma Gassett.

First low gross was scored by the team of  Phyllis Durland and Debra Hathaway while the second low gross went to the team of Susan Morris and Becky Isenhour.