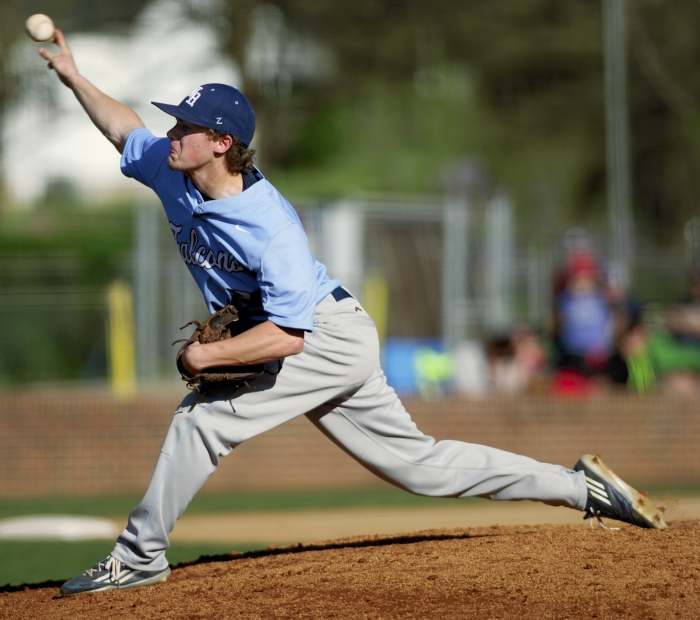 Staff report
HARRISBURG — West Rowan’s baseball team has been great in the close ones all year, but the Falcons fell, 4-3, on Wednesday at Hickory Ridge.
West was 5-1 in one-run games going into the contest.
It was a costly loss for the Falcons (19-5, 14-4), although they are still assured of at least a share of the South Piedmont Conference championship. East Rowan can tie West for the top spot if it wins tonight at red-hot South Rowan.
East and West split, so if they do end up tied, the SPC tournament will provide a tiebreaker to determine seeds for the state playoffs.
Hickory Ridge pitcher Greg Waslo pitched around hot-hitting Brandon Walton and shut down the Falcons, holding them to two hits and striking out five. Jeremiah Boyd got the last out in the seventh for a save.
With Bryan Ketchie sidelined by illness, Caleb Link gave the Falcons a chance to win by throwing six strong innings. He struck out seven, but he was hurt by four errors.
Jonathan Luther drove in two runs for West.
Hickory Ridge got three runs in the bottom of the first and led the rest of the way.
Jake Whitcomb and Alex Cirino had two hits each for Hickory Ridge (12-12, 7-11). Waslo helped himself by driving in a run.
The game was moved up from the original schedule to weather concerns.